The single didn't make a big impression on the charts when it was released last month.

Iggy Azalea has addressed the poor chart performance of her last single ‘Pretty Girls’, blaming a lack of promotion for the Britney Spear duet flopping. Taking part in a twitter Q&A , Azalea responded to a fan who had said the highly anticipated single ‘flopped a little bit’, while still calling it ‘the summer anthem of 2015’. 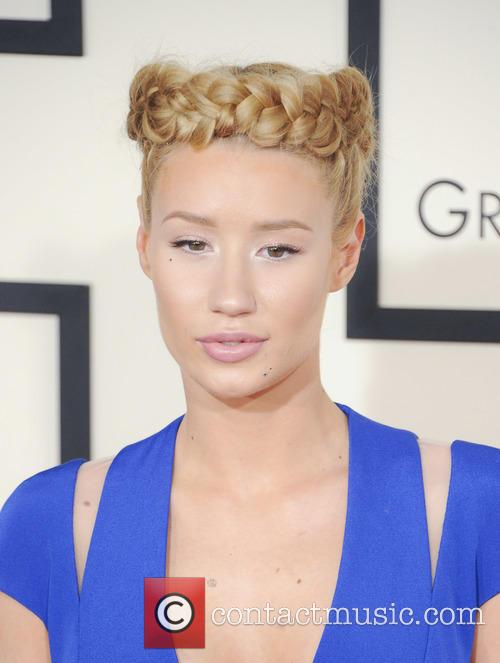 ‘It’s difficult to send a song up the charts without additional promo and tv performances etc,’ Azalea wrote. ‘Unfortunately I'm just featured...I would have enjoyed performing it a lot, I think it got off to a powerful start,’ the rapper added. ‘But you need content to compete in 2015.’

The single, which was released on May 4th, peaked at number 20 on the Billboard Hot 100 chart and reached number 16 in the UK Singles Chart. Comparatively Azalea’s ‘Fancy’, which became a mega hit in the summer of 2014, landed at the number one spot on the Billboard chart last year and managed to there for seven weeks.

For Spears’ ‘Pretty Girls’ did beat her last single release ‘Perfume’ which peaked at number 76 in the Billboard charts in November 2013. Prior to ‘Perfume’ Spears had released ‘Work, Bitch’, from her eighth studio album Britney Jean which debuted at number 12 in the US.

But Azalea has also been careful to point out that her comments about ‘Pretty Girls’ were not placing any of the blame on her collaborator Britney. Replying to a post which said Azalea had ‘thrown shade Spears’ way’, Iggy responded by clarifying that her comment was ‘factual’ and ‘applies to any song’.

The newly engaged rapper is currently working on her second studio album, the follow up to 2014’s The New Classic. Last month she scrapped her entire ‘Great Escape’ tour, which had been due to begin in the fall, promising fans that she’d be ‘back out on the road when the next album is done’.