Iggy Azalea Is "Fancy"-er Than Ever At Billboard Awards

When future civilizations look back on 21st century pop culture - which they will, if Doctor Who has taught us anything – Iggy Azalea’s performamce at the Billboard Awards on Sunday will be regarded as a career defining move. It was the night Iggy officially went mainstream (in the “very popular and widely recongized” sense, not the way hipsters mean it). In keeping with the Clueless/high school theme she’s been rocking since Fancy came out, the Aussie rapper took the stage in a cheerleader outfit, along with a whole squad of actual cheerleaders and guest vocalist Charlie XCX. The sass was real.

Iggy stuck around for a little while afterwards to help out Arianna Grande, as she performed her new track, problem. The song features blaring horns, Grande’s soaring vocals and a rapid-fire guest verse by Azalea, so pretty much a guaranteed success. Grande debuted Problem at the Disney Music Awards on May 17 and the song later debuted at number 3 in the Billboard chart, thanks to record sales. Problem sold 438,000 downloads in its first week. The song has since dropped one spot down on the chart.

More: Iggy Azalea Met Her Boyfriend On The Internet 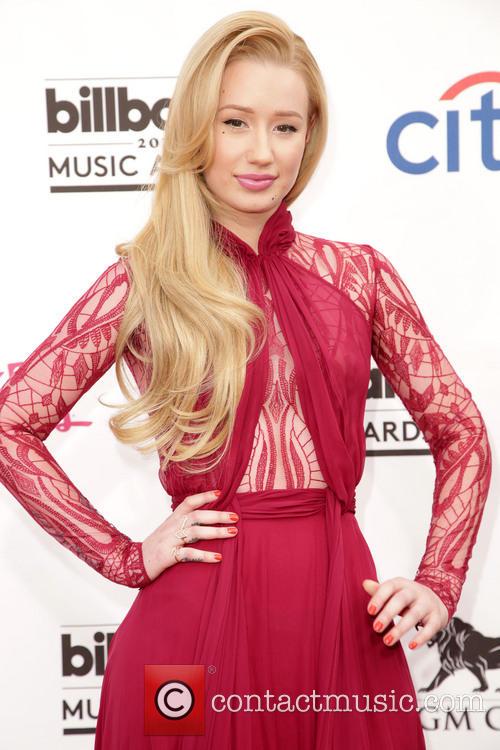 Azalea's Fancy, featuring Charli XCX, currently stands at No. 3 on the Hot 100. With "Problem at No. 4, Azalea is the first female rapper ever to have two songs concurrently in the top five of the Hot 100 chart.