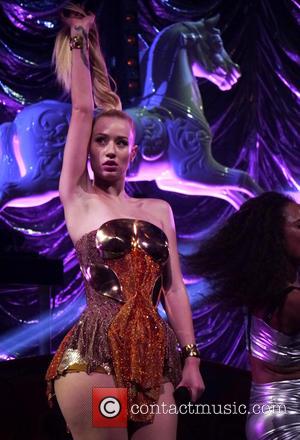 The hip-hop star, who will be supporting Beyonce on her The Mrs Carter Show tour in Australia later this month (Oct13), insists she made the infamous butt-shaking moves popular.

The musician tells Paper Magazine, "I've been doing that onstage for two-and-a-half years... She probably f**king watched my videos online and decided to try it."

Cyrus caused outrage at the MTV Video Music Awards in August (13) when she stripped down to latex underwear and performed a racy twerking routine with Robin Thicke.