Matthew Mcconaughey joins him in the cast.

Stephen King has finally revealed who is going to play the main character in the long-awaited movie adaptation of his self-described magnum opus 'The Dark Tower'. Idris Elba will take on the role of the Gunslinger Roland Deschain, while Matthew Mcconaughey will face-off against him as his onscreen rival. 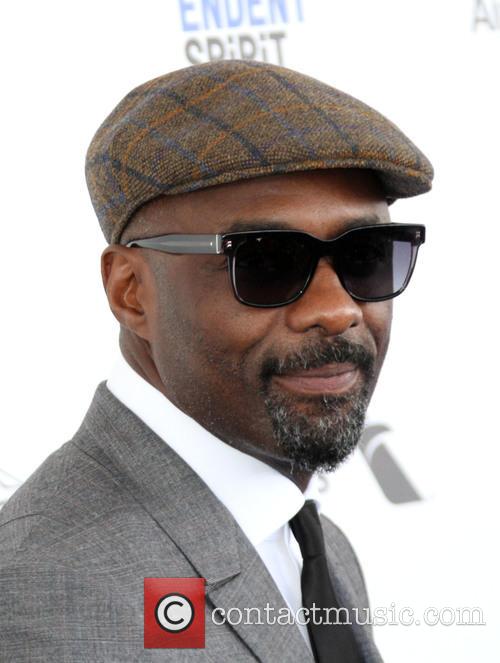 Idris Elba to star in The Dark Tower

Given the sheer extent of King's bibliography that has found its way on to the big screen in years past, it's surprising to think that his only book series has never been attempted for an adaptation until now. But it's finally coming with 'Beasts Of No Nation' star Idris Elba in the role of Roland Deschain; the titular Gunslinger of his first 'Dark Tower' novel released in 1982.

Meanwhile, 'Dallas Buyers Club' star Matthew McConaughey will take on the role of villain Man in Black, and Nikolaj Arcel ('A Royal Affair') has been signed on to direct the movie which begins production in seven weeks. Stephen King, also a producer, announced the cast on Twitter today. 'It's official: The man in black fled across the desert and the gunslinger followed. #DarkTowerMovie @McConaughey @IdrisElba', he wrote, referencing the first line of the book which he told EW would also be the first line of the film. 'It should start that way', he says. 'I've been pretty insistent about that.'

King has long been awaiting 'The Dark Tower' to come to film, and now that the wheels are in motion, he can hardly believe it. 'The thing is, it's been a long trip from the books to the film. When you think about it, I started these stories as a senior in college, sitting in a little sh**ty cabin beside the river in Maine, and finally this thing is actually in pre-production now', he mused. 'I'm delighted, and I'm a little bit surprised.'

It's not quite clear how exactly this action adventure series will pan out on the big screen, or whether or not it will spawn a new franchise given the book collection's eight volumes, but King reveals that the film begins in 'the middle of the story instead of at the beginning'. Plus, director Arcel admitted that 'a lot of it takes place in our day, in the modern world', which could suggest that it is likely to focus on 1993's 'The Waste Lands', the third book.

As for the casting choice, it seems King couldn't be happier, despite the fact that he always imagined a more classic actor to portray his protagonist. 'I think [Idris Elba is] a terrific actor, one of the best working in the business now', he said. '[But] I visualized [Clint] Eastwood as Roland. I loved the Spaghetti Westerns and all those widescreen close-ups of his face, especially the ones where he'd been left out in the desert and was all covered with blisters and sunburn.'

He even weighed in on the diversity in Hollywood debate, revealing that he hopes fans of the books will accept a black actor taking the role. 'For me the character is still the character', he says. 'He can be white or black, it makes no difference to me. I think it opens all kind of exciting possibilities for the backstory.'