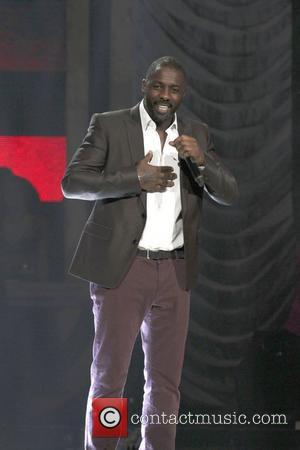 The bookmakers have responded to Naomie Harris' claims that close friend Idris Elba has already met with Barbara Broccoli regarding becoming the next James Bond, after Daniel Craig - who currently stars in Skyfall - brings his tenure to a close.

Speaking at the London premiere of the new 007 movie, Bond girl Harris told the Huffington Post, "I didn't realise that there was this talk and then I did a film with Idris and he said that he met Barbara Broccoli and that it does seem like there is a possibility in the future that there could very well be a black James Bond." Elba's superb turn as Stringer Bell on HBO's 'The Wire' as well as his role as the maverick cop Luther has garnered Elba plenty of attention of both sides of the Atlantic. The London-born actor has plenty of things going for him, most notably that he's very, very cool. He briefly commented on the speculation last year, telling NPR, "It's a rumor. I just don't want to be the black James Bond. Sean Connery wasn't the Scottish James Bond, and Daniel Craig wasn't the blue-eyed James Bond." It's a fair point; though we're guessing Elba would be more than qualified to land the role on merit, too. Bookmaker William Hill has cautiously slashed his odds of becoming the next Bond to 9/2 (he was hardly in the Top 20 contenders this time last week), though now make Damian Lewis the outright favourite at 3/1. Though it's not clear why the Homeland actor is the frontrunner, he's another intriguing possibility.

Though Elba would be our pick, we'd suggest sticking all the money you have on Sam Worthington.