British Actor Idris Elba Has Made Maxim Magazine History By Becoming The First Male To Grace The Cover. 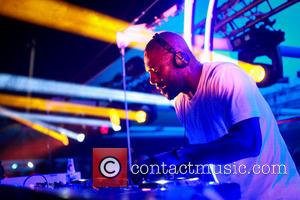 The Mandela: Long Walk To Freedom star is featured on the front of publication's September issue (15), marking the first solo-male cover for Maxim.

Editor-in-Chief Kate Lanphear tells website Racked Elba is the perfect choice for their inaugural male cover, stating, "We've never in US Maxim history had a man on the cover solo... and there was no one else in the world more bad**s than Idris.

"For me, he was really the perfect embodiment of what I think the new Maxim man is. He's multi-dimensional, he's complex, he's sophisticated, but he's down to earth.

"It was funny when on set, I was like, 'Is there anything this guy can't do?' He's an award-winning actor, he's a DJ, his capsule clothing line for Superdry is about to hit stores. The guy broke the British land speed record which hasn't been touched since, like, 1928. He's sort of a living, breathing superhero."