Idris Elba Answers The James Bond Question: "It's Just A Rumour. I Have No Idea"

The ‘Luther’ actor is one of the hot favourites to take over from Daniel Craig.

Idris Elba has long been rumoured to be the next in line to play James Bond once Daniel Craig steps down from the franchise later this year. But while ‘The Wire’ actor has previously stated he would take on the role, Elba has now dismissed any rumours as pure speculation. 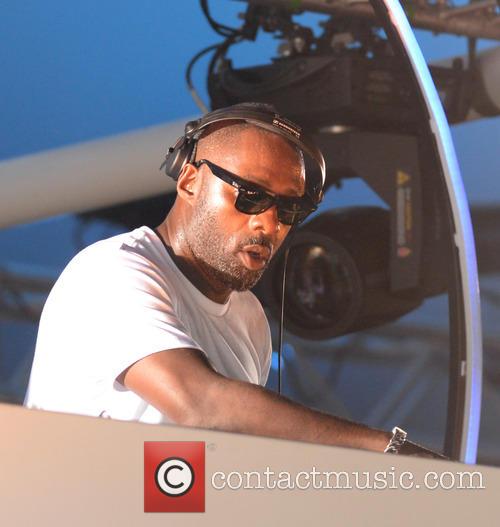 Idris Elba has spoken about the rumours that he’ll be the next Bond.

“It’s just a rumour. I have no idea,” Elba told the Radio Times when asked about being joint favourite at the bookies with Damian Lewis to replace Daniel Craig. The rumours about Elba taking over the 007 role started when when a leaked Sony email stated that the actor “should be the next Bond”.

Elba later responded to the email on twitter writing, ‘Isn’t 007 is supposed to be handsome? Glad you think I’ve got a shot!” During a Reddit AMA last September Elba also declared he would take the role if offered, telling a fan, “Yes, if it was offered to me, absolutely.”

But earlier this month, ‘Homeland’ star Damien Lewis suddenly emerged as one of the frontrunners to replace Daniel Craig after a string of bets caused bookies to slash their odds on the actor. Speaking to The Telegraph William Hill spokesman Rupert Adams had said, “This is an unprecedented gamble, as for no apparent reason we have seen bets of up to £200 on Damian Lewis being named as the next Bond. This might well be significant.”

Along with Lewis and Elba, other names in the running to become the next Bond include British actors Tom Hardy and Michael Fassbender as well as the current Superman Henry Cavill. However before we get a new Bond we still have one adventure left with Daniel Craig, as his fourth 007 outing, Spectre directed by Sam Mendes, hits cinemas later this year on November 6th.