Although he was worried that audiences weren't going to like him anymore.

At 43, London-born actor Idris Elba has a wide variety of roles under his belt, like his show-stopping character in TV's The Wire and movie roles for a range of filmmakers like Ridley Scott, Danny Boyle and Guy Ritchie. But he hesitated about taking his role in the dark drama Beasts of No Nation, in which he plays the brutal commander of an African militia made up largely of child soldiers. 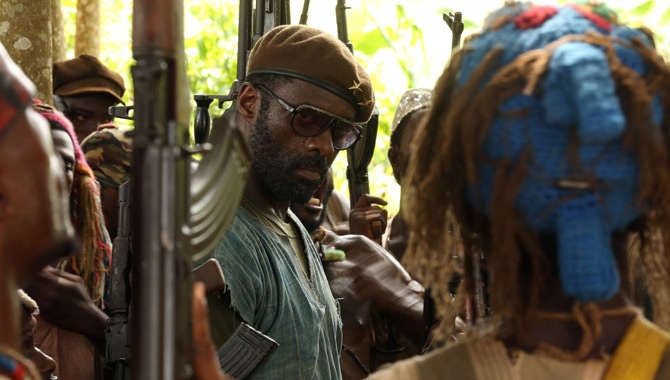 "I'm like, 'Dude, they're not going to like me after seeing this. I was in a Tyler Perry movie!'" he laughs. "This is a tough role. You have to be as authentic as you can in a role like that, otherwise it's pointless and becomes a puppet show of a dictator. I wanted to find a way to make him real."

More: Netflix movie 'Beasts Of No Nation' to be released in UK cinemas

On the film's set in Ghana, Elba remained in character throughout the shoot in order to find the character's humanity and to command respect from the young cast. "It's quite common knowledge that there are child soldiers," Elba says, "but the actualities of it, I think, are missing for us. So there was a real pull to create a cinematic journey that takes you into this world with a close lens, watching what a young person goes through to adapt to war." 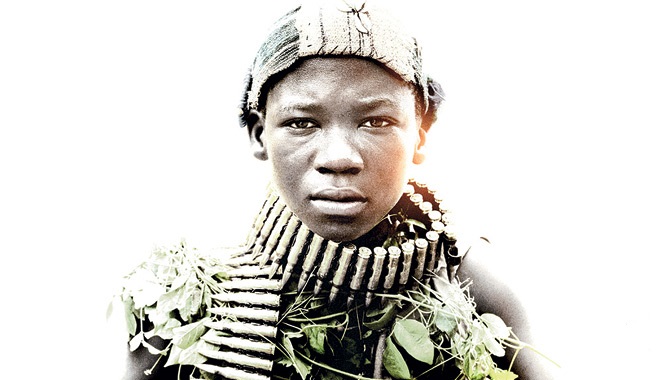 The movie depicts the brutal lives of child soldiers

Elba, whose parents are from Sierra Leone and Ghana, recently found himself at the centre of a media storm over comments by James Bond novelist Anthony Horowitz that he was "too street" to play 007 on-screen. He says he was too busy working on the set of Star Trek Beyond, in which he also plays the villain, to worry about such a pointless discussion.

But the rumbling continues. And in commenting on a clip of Elba in Star Trek, another journalist wrote, "Chris Pine is an attractive guy, but he looks like a block of uncooked tofu next to Idris Elba."