Actress/singer Idina Menzel Thrilled A 10-Year-old Cancer Sufferer By Joining Her For A Backstage Duet After Playing A Gig In Glasgow, Scotland. 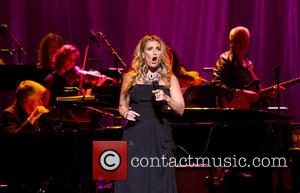 When the Frozen star met Amy Carmichael, who was diagnosed with acute lymphoblastic leukaemia in 2012 but has been in remission for eight months, she suggested the pair sing the film's huge hit Let It Go.

Carmichael tells Britain's Daily Record newspaper, "It was exciting and Idina was  so nice. My friends won't believe me. I'm going to tell them all."

The star is currently embarking on a world tour which concludes in Los Angeles in October (15).