Idina Menzel is superb in 'If/Then'.

Idina Menzel turns in a career best performance in the new Broadway musical 'If/Then', which has scored glowing reviews across the board after its opening at the Richard Rodgers Theatre cinema. Idina plays Elisabeth, a 40-year-old woman who moves back to New York City for a fresh start. 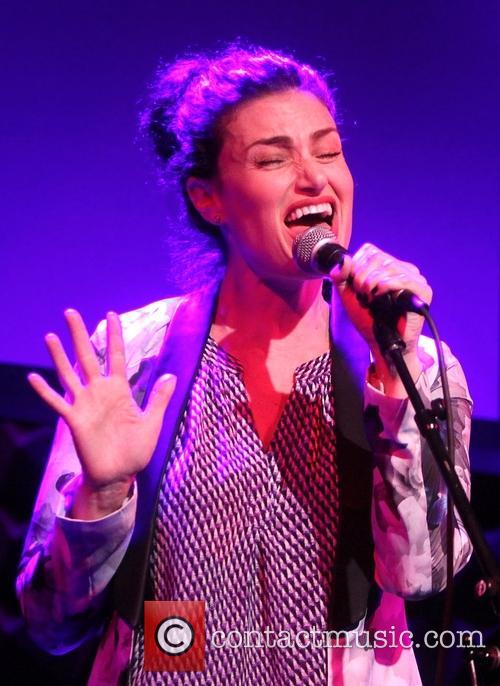 "With Idina Menzel at its center, "If/Then" is a zesty, restless, savvy, ambitious, twin-plotted original that's not an adaptation of anything but a very compelling and involving idea about a youngish divorcee in the self-actualizing, progressive playground that is today's Brooklyn and Manhattan," said Chris Jones of the Chicago Tribune.

"I can assure you that Kitt [Tom] and [Brian] Yorkey, working with director Michael Greif, have only improved the piece for Broadway. They've removed a couple of ineffective songs, shifted numbers around and made somewhat clearer the two courses for the midlife adventures of Elizabeth Vaughan, a lovelorn city planner played with comedic gusto by that dishy songbird with the 1,000-megahertz chirp, Idina Menzel," said Peter Marks of the Washington Post.

"If Menzel - or Adele Dazeem, as John Travolta famously called her on Oscar night - isn't getting a cut of the gross, then she needs to renegotiate her contract.She deepens this superficial show. A decade since she won a Tony for playing the green witch in "Wicked," the soulful Menzel is still defying gravity," said Joe Dziemianowicz of the New York Daily News.

Idina Menzel won the Oscar for Best Song in March, for 'Let It Go' from the Frozen movie. The Disney hit is now the most successful animated movie of all time.

More: John Travolta partied all night after the Oscars