Following 'Frozen's' successful night at the Oscars, as well as Idina Menzel's performance of 'Let It Go', the film's soundtrack is currently at No.1 on the Billboard 200. 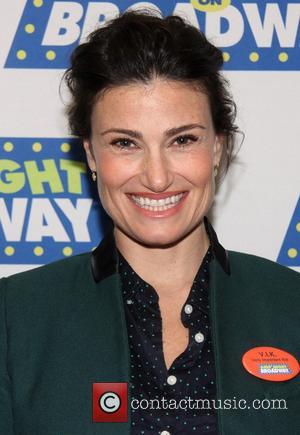 Idina Mezel is the voice behind the character 'Elsa' the Snow Queen in Disney's award-winning animation 'Frozen.'

The hit movie was recently awarded with two Oscars at last Sunday's (March 2nd) ceremony, one for Best Animation Feature, and another for Best Original Song.

'Frozen' was prized with the latter due to the track 'Let It Go', which is sung by Menzel.

The 42 year-old also performed it live at the Academy-Awards, and despite John Travolta announcing her name as 'Adele Dazeem', this seems to have created an increase in the film's music fans.

The 'Frozen' soundtrack is now reigning at the top of the Billboard 200 chart.

But Menzel is still bemused by all this success, especially since it has taken all these years for the Tony-Award winner to reach the charts with a pop song.

"I've had a lot of self-introspection about this," she told the Associated Press.

"This business is so hard, especially the music business, and I've tried so hard to crossover, to convince people just because I was in a Broadway show I didn't have the street cred to be a rock or a pop singer. And then the one time I have it, it's the arrangement from the Disney movie," she continued.

After the Disney soundtrack topped the charts towards the end of last month (Feb), the album has now earned most weeks at No.1 for a movie soundtrack since 'Titanic' in 1998, which featured the epic Celine Deon track 'My Heart Will Go On.'

"I've had ups and downs ... and I'm aware of when something's happening and has an energy of its own," said Menzel, when referring to the success of the animated musical. "I'm aware enough to know of something special and to try and be in the moment."

Watch out for what Idina has planned next.

Watch Idina Menzel perform 'Let It Go' at the Oscars below