Ice-t Wants Due Respect For Rap

Ice-T thinks rap needs to be given more respect ''as an art form,'' from young people in today's society. 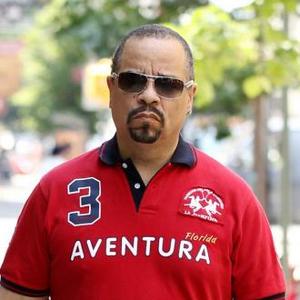 Ice-T thinks rap needs to be given more respect ''as an art form.''

The veteran rapper has made a documentary, 'Something From Nothing: The Art of Rap', in which he debates rhyming with a number of key figures from the genre - including Nas, Chuck D, Kanye West, Dr. Dre, Eminem, Ice Cube, Snoop Dogg and Run-D.M.C - and said he made it to show young people the origins of the genre.

He explained to Los Angeles' Inland Valley News newspaper: ''I was looking at the state of hip-hop, which has gotten a little pop for me, and I just wanted to document where we came from.

''All I want is for the kids to see where it came from and have a degree of respect for it.

''I don't feel rap has been respected as an art form. Because people have seen rappers rap off the top of their heads, they don't think it is difficult.''

Ice - who had a hugely successful solo career before switching to acting in the late 80s - also wanted to give exposure to some of the forefathers of the rap genre.

He added: ''A lot of the greats that helped start this art form from scratch are still alive, Grandmaster Caz, Afrika Bambaataa, very powerful people who took gangbanging and turned it into hip-hop.

''They deserve to be honoured. This is an American art form and should be respected.

''It's the predominate culture in the world right now, whether it's a Taco Bell commercial or a clothing line. Even the weatherman is rapping.''

'Something From Nothing: The Art of Rap' will be released in July.