Ice-T Disrespected: Twitter Rage About Wife's Photos With Another Man 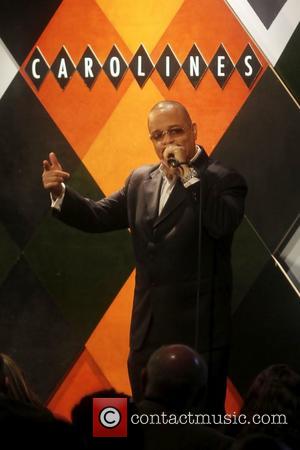 Ice-T took to Twitter to express his distinct distaste regarding recent instagram photos of his wife seen posing with another guy. Ice considers it disrespectful and is letting everyone know about it.

The photos were of Coco having a bit of a cuddle with rapper AP.9 in Las Vegas where she's currently performing in a burlesque show.

Although both the photos and his tweets have since been deleted, Yahoo managed to catch them in time. They report that he said: "Don't get it twisted, I'm not happy about this sh*t." Adding, "Most of [the pics are] disrespectful and in bad taste. She's made me look and feel like sh*t." Ice defended his Twitter rage: "I say this on Twitter because there's no way to avoid the obvious misconduct of a married couple."

His wife Coco also agrees with him and she issued an heartfelt public apology: "Ice is right, the pics I took with this man were in poor taste and I disrespected my husband." She wrote, adding "The bottom line is I love Ice and I can understand why he's upset. There's no excuse for my actions. I'm so sorry baby and to everyone." It appears that they're now working it out, a ten year marriage is nothing to give up lightly. They're currently starring in their own reality show, now in its third season, all about their relationship, called 'Ice Loves Coco'.