Law & Order: Svu Actor Peter Scanavino Has Revealed He Is Set To Become A Dad Again, Just Days After Co-stars Ice-T And Kelli Giddish Announced Their Own Baby News. 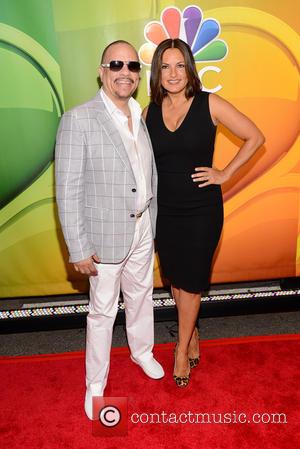 On Sunday (26Jul15), rapper/actor Ice-T and his wife Coco Austin announced they are preparing for their first child together, and on Monday (27Jul15), Giddish not only confirmed she is expecting, but also confessed she was married after tying the knot with her boyfriend, Lawrence Faulborn, last month (Jun15).

Now, Scanavino and his wife Lisha are adding to the baby boom on set, with the impending arrival of their second child.

He writes, "Breaking: you won't believe this but @PeterScanavino just checked in. He and his lovely wife Lisha expecting their 2nd in January! #SVUNursery... #SVUMostFertileDramaThereIs (sic)."