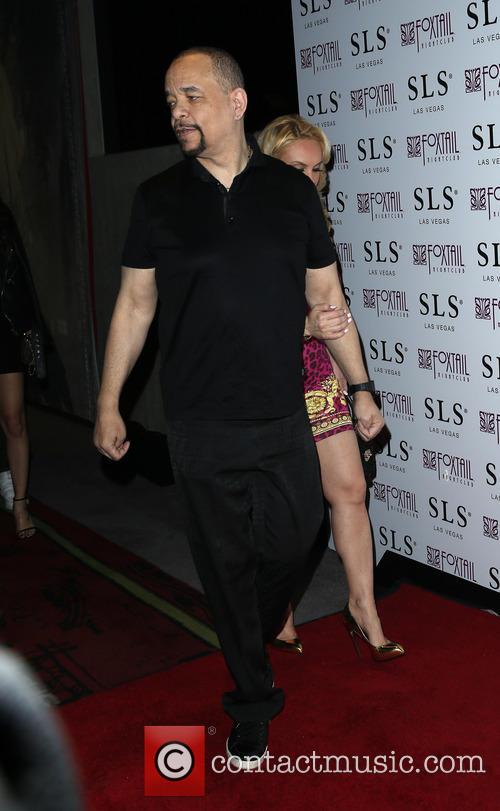 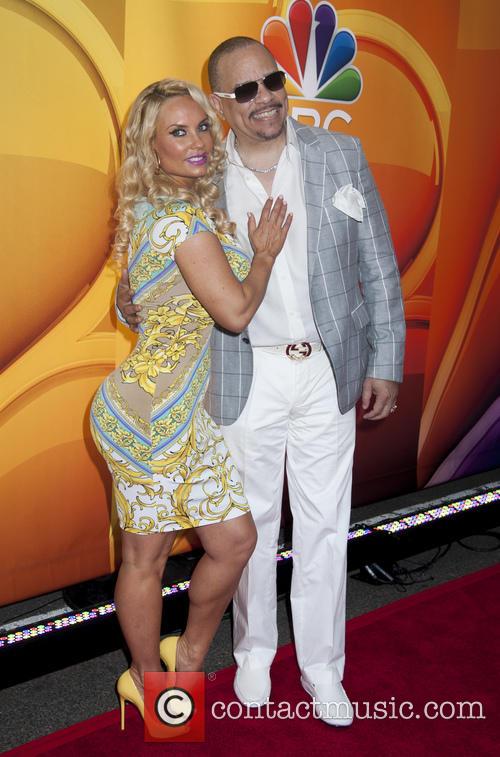 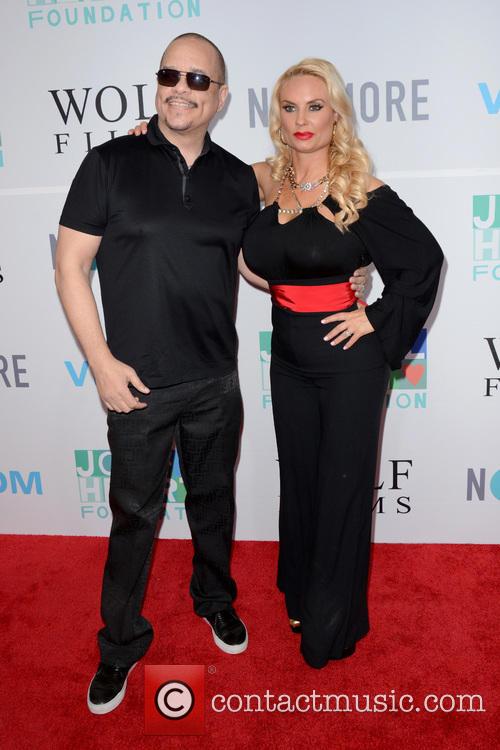 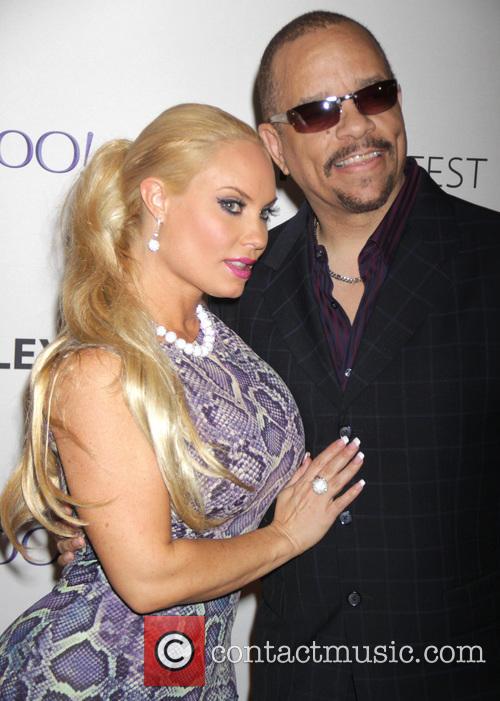 By Elinor Cosgrave in Fashion / Beauty on 20 September 2015

Kanye West, the rapper turned designer turned presidential hopeful, appears to have accepted criticism comes with his high-profile role. As such, he isn’t remotely interested in what his haters have to say about his recently premiered Yeezy season 2 collection.

Kanye West “doesn’t care” about the criticism his Yeezy season two fashion line faces. The second season of West’s designs premiered at New York Fashion Week on Wednesday (16th September) and it certainly provoked mixed reactions on social media. According to a source, West isn’t upset by those who only had negative things to say about his designs. 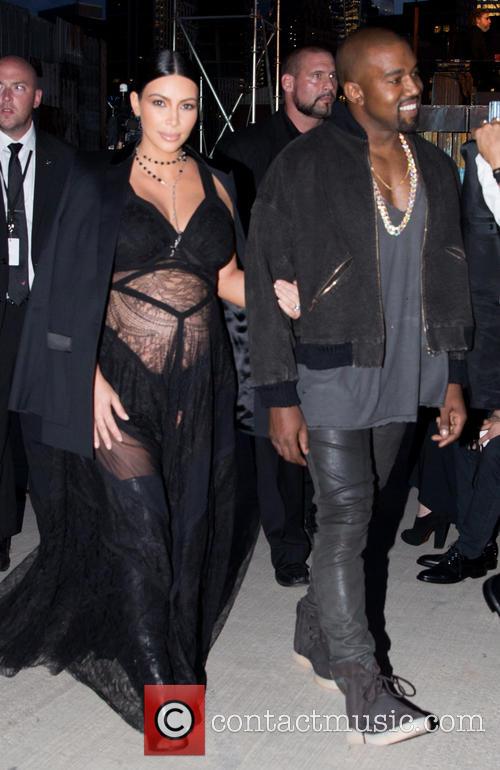 Kim Kardashian and Kanye West on their way to a Givenchy show at Pier 26 during New York Fashion Week, September 2015. 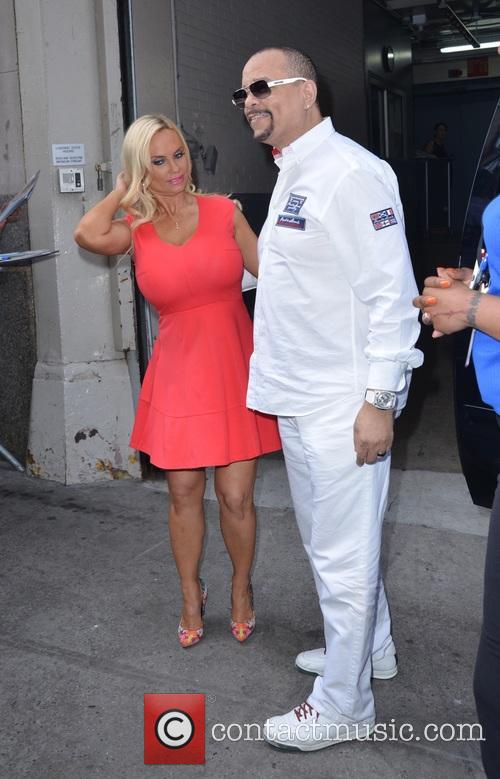 The couple have been married since 2001 and will soon be hosting their own talk show.

Rapper and actor Ice-T is set to become a father again after his wife of 14 years Coco announced she was pregnant with the couple’s first child. The happy news was confirmed on Monday morning by Coco via Twitter, with the model sharing a pic of her baby bump. Ice-T and Coco are epxecting their first child together.

‘Remember I told u this yr I had LOTS of surprises 4 u? 1st was my new lingerie line, then the release of new Talkshow! NOW FOR THE BIG NEWS,’ 36 year old Coco wrote on Twitter. ‘I'm pregnant!!! Yah!! Ice & I are so excited! I announced it Friday on our new talkshow which airs Aug 3rd,’ she added, along with a photo of her tiny baby bump from the set of the couple’s talk show.

Continue reading: Ice-T And Wife Coco Confirm They Are Expecting Their First Child Together

The rapper's 19 year-old grandson has been charged with involuntary manslaughter after accidentally shooting his roommate in their Georgia apartment.

Ice-T's grandson is looking at a lengthy prison sentence.

Elyjah Marrow was arrested for accidentally killing his roommate on Tuesday (June 24th).

The 19 year-old fatally shot Daryus Johnson in their Marietta, Ga., apartment while he was playing around with the gun's trigger, police told the Atlanta Journal Constitution.

By Michael West in Lifestyle / Showbiz on 18 December 2012

Crikey! Coco Austin certainly got into the swing of things during her debut performance in Peepshow on Monday night (December 17, 2012). Unleashing her killer curves at Sin City's Planet Hollywood Resort and Casino, the 33-year-old glamour model and wife of Ice-T flaunted her figure in nude lingerie...and not much else. 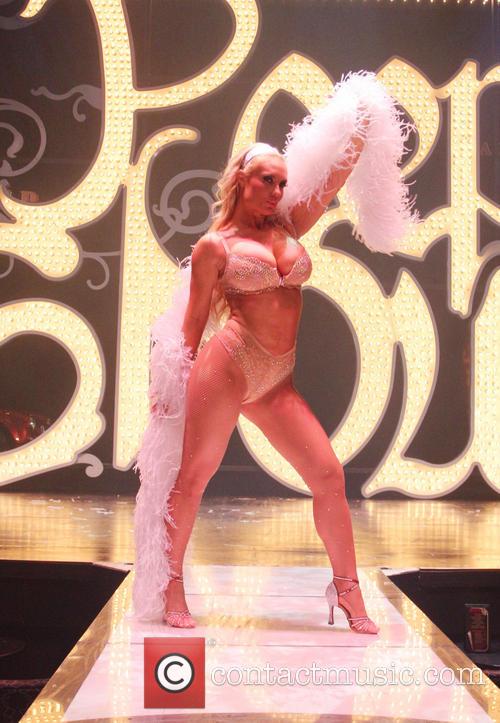 Austin plays the lead role of Bo Peep in the huge production - a role previously filled by Playboy model Holly Madison. Speaking to Vegas.com, Coco said, "It's an exhilarating feeling to be practically naked, but you know I was just hoping that people would like my body. I've been working out really hard lately." Though she clearly fits the Peepshow mould, Austin admits she never envisaged herself starring in her own Vegas show, adding, "I never even thought about it. First of all, I don't have the body. I'm short, and I'm kind of stocky. So I would think, that will never happen. I always discussed it in dance class when I was nine years old. You know dancers, when you're that age, you're always trying to get to Vegas, that's the level you want to get to, but even though I talked about it I never thought I was really going to be there someday."

Ice-T Disrespected: Twitter Rage About Wife's Photos With Another Man

By Lorna Greville  in Lifestyle / Showbiz on 11 December 2012

Ice-T took to Twitter to express his distinct distaste regarding recent instagram photos of his wife seen posing with another guy. Ice considers it disrespectful and is letting everyone know about it.

The photos were of Coco having a bit of a cuddle with rapper AP.9 in Las Vegas where she's currently performing in a burlesque show.

Although both the photos and his tweets have since been deleted, Yahoo managed to catch them in time. They report that he said: "Don't get it twisted, I'm not happy about this sh*t." Adding, "Most of [the pics are] disrespectful and in bad taste. She's made me look and feel like sh*t." Ice defended his Twitter rage: "I say this on Twitter because there's no way to avoid the obvious misconduct of a married couple."

Ice T was disrespected by his own wife, Coco, when pictures of her canoodling with another rapper (AP.9, from Mob Figaz) were obtained by MediaTakeOut.

It’s bad enough finding out your wife has been somewhat less than faithful to you, but finding out because there are pictures of your wife humiliating you, all over the internet? Well, that’s got to be pretty galling, huh?

Coco was quick to apologise, according to E! Online (though, presumably, only after the pictures went online). As with all the best celebrity relationship feuds, this one was played out on Twitter, where Ice T sought refuge in order that he may defend his honour. He has since deleted the pictures that he took, after posting messages such as “Don't get it twisted, I'm not happy about this s—t… Most of [the pics are] disrespectful and in bad taste. She's made me look and feel like s--t.” And Coco responded by saying “Ice is right,the pics I took with this man were in poor taste & I disrespected my husband however the pics were the only thing that happened… I feel so sad,the bottom line is I love Ice & I can understand why he's upset theres no excuse for my actions.I'm so sorry baby & to everyone.”

Continue reading: Ice-T Disrespected - Coco Apologizes To Her Husband For The Public Shame

Hip hop has always been more of a culture than just a genre of music. It represents a huge portion of the marginalised world of America and how they managed to create something from nothing; how their lifestyle and previously buried literary talents created a culture that has inspired millions. The frontman of rap/ metal band Body Count Ice-T takes his audience on the road to visit the founding fathers, the major superstars and the rising stars of the rap genre including Afrika Bambaataa, Eminem, Nas, Mos Def, Kanye West, Chuck D, Krs-One, Snoop Dogg, Run-DMC, Dr. Dre and Ice Cube and discover the skill and feeling behind what has made them international music heroes. One of the frequent interviewees is Grandmaster Caz who we are taken to visit on several occasions as he writes a new set of rhymes called 'The Art Of Rap'.

Directed by Ice-T with help from Andy Baybutt, 'Something From Nothing: The Art Of Rap' is a feature length music documentary delving into what goes into making the seminal hip hop records that have dominated music since the late '70s. It came about when producer Paul Toogood asked Ice-T the simplest of question which the star had never before been asked: How did he write seminal tracks such as '6 In The Mornin' and 'Colors'?

Continue: Something From Nothing: The Art Of Rap Trailer

By Christopher Null
Bad
Those of you hoping to hear about a clever casino heist picture in the style of Ocean's Eleven are in for a sore disappointment. From this movie's opening frames, featuring dueling CGI-animated scorpions, it's obvious that we're in for some punk-ass director's idea of a snazzy action film. 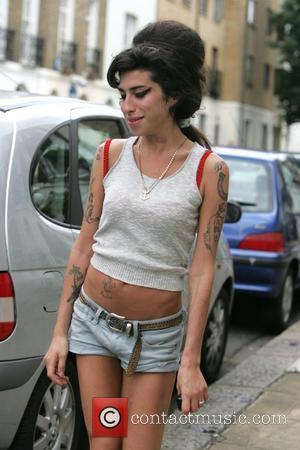 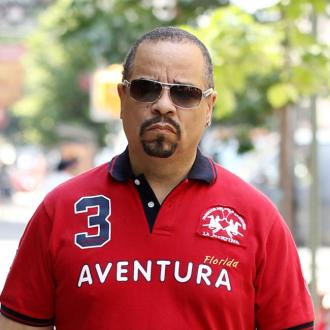