Ice Cube revealed he would support Kanye West if he is true to his word and does run for President in 2020.

Ice Cube will support Kanye West if he runs for President in 2020. The 46-year-old rapper, who produced this summer’s hit movie Straight Outta Compton, revealed his political preference in a recent interview. 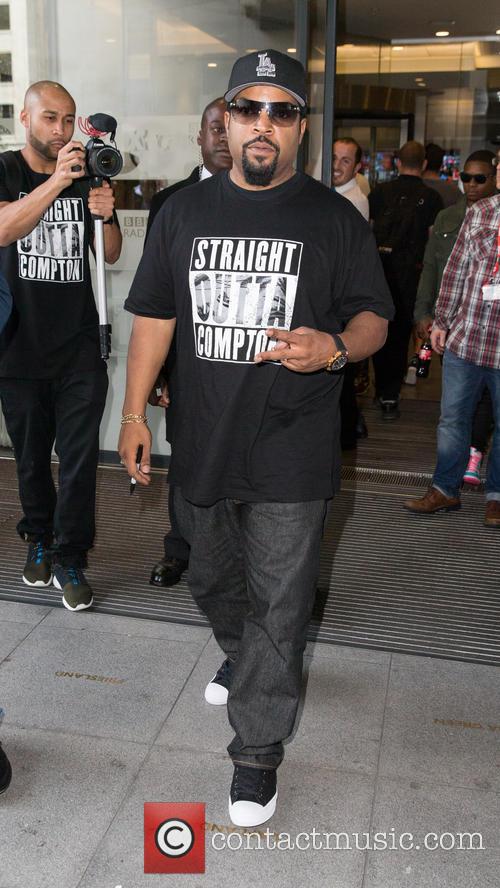 "I'm voting for Kanye. Why not?" Cube, whose real name is O’Shea Jackson, said in an interview with The Mail. "Who's better than Kanye to run?"

However, despite his enthusiasm for West’s campaign, Cube is not interested in being West’s running mate.

"No, I'm not into politics like that," Cube revealed. "I'm into helping my people get over the hump. I ain't got time to help everybody. We got a lot of work to do."

The position of Vice President may already be taken by Taylor Swift anyway. West sent Swift a huge bunch of flowers after she presented him with the Vanguard Award and Swift added a jokey hashtag to the image she shared with fans: #KayTay2020.

Cube also stated that he had no problem with West’s wife, Kim Kardashian, as First Lady. If West was elected, Kardashian’s background (not to mention sex tape) would certainly make her one of the White House’s most interesting (and scandalous) First Ladies.

West announced he plans to run for President of the United States at the MTV VMAs last Sunday (30th August). West gave a rambling 11 minute speech whilst accepting the Vanguard Award and concluded with: "And yes, as you could have guessed by this moment, I have decided, in 2020, to run for President."

It’s still not certain if West is serious about making such a drastic change in career but it has certainly caused uproar on social media.