Former N.w.a. Bandmates Ice Cube And Dr. Dre Have Filed Court Papers Demanding They Be Released From A Lawsuit Over The Death Of A Bystander On The Set Of Their Biopic Straight Outta Compton. 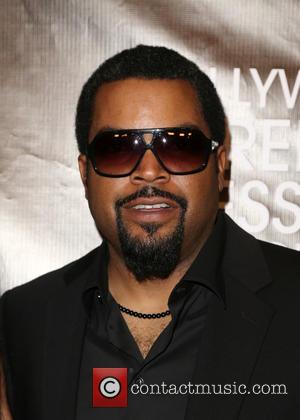 Rap mogul Marion 'Suge' Knight, who features in the hit movie, ran over one of the film's technical advisers, Cle 'Bone' Sloan, and businessman Terry Carter as he attempted to flee the set following an altercation.

Carter was killed and Knight has since been charged with a hit and run, and in June (15), the dead man's widow filed a wrongful death and negligence lawsuit, claiming "reckless corporate greed, disguised as a quest for authenticity", led to "a foreseeable altercation that resulted in the death of a successful businessman".

Dr. Dre, who claims he was leaving the set when the incident took place and didn't hear about it until he was in his car on the way home, and Ice Cube, who was not on set, were named in the suit with Carter's widow stating the defendants "should have known about the tensions between Dr. Dre and Knight and should have made security provisions to create a safe environment."

But, in legal papers filed last week (ends14Aug15) - as the film hit cinemas, the rappers insisted they committed no malfeasance, that their only affirmative act was a "specific request" that Sloan direct Knight to leave the base camp for the film.

Their lawyer Alexander Cote states: "These allegations plainly demonstrate that allowing Suge to remain at the base camp posed a serious risk that Suge could have injured someone at the camp, including Dr. Dre, Bone or one of the numerous cast and crew working on the film.

"Certainly, the risk that Suge might leave the base camp and proceed to his fatal confrontation with Carter was no more foreseeable than the possibility that Suge would injure or kill someone else if he had been permitted to stay."

Suge Knight is currently awaiting trial for Carter's murder and the attempted murder of Sloan.

Knight and Dr. Dre have been enemies ever since the rapper quit Suge's Death Row Records - something that is covered at the end of Straight Outta Compton, which shot to the top of the U.S. box office on Sunday (16Aug15), scoring the highest-grossing opening weekend for a biopic in history.