Ian Somerhalder And Nikki Reed Are Newlyweds After Marrying On Sunday (26apr15). 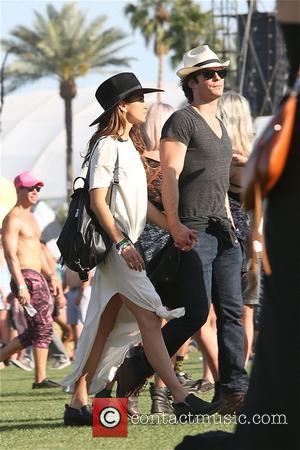 The Vampire Diaries star has been engaged to Twilight actress Reed since January (15) and pictures have surfaced on Twitter.com showing the couple dressed all in white as they tied the knot.

Further details of the ceremony were not known as WENN went to press, but Somerhalder took to the microblogging site to write, "Most beautiful morning ever..."

Reed was previously married to singer Paul MCDonald, who she split from last year (14), while Somerhalder previously dated his The Vampire Diaries co-star Nina Dobrev.