50 Shades Of Grey Movie: Could Christian Bale Sign Up? 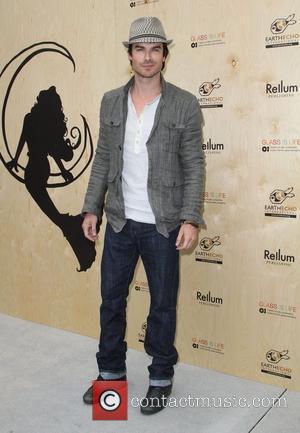 Based on the Twilight movies and telling the story of male oppression and domination, the film may not win any Academy Awards, but it's likely to be one of the biggest movies of the year when it hits screens in 2013. The lead roles are obviously highly sought after, given Vampire Diaries star Ian Somerhalder has already thrown his hat into the ring. The New York Daily News suggests others may be better suited to the role, including Christian Bale, who would certainly be a massive coup for producers. In their recommendation, the Daily News say, "Christian Bale is more than capable of conjuring up the obsessive, controlling passion at the core of Christian Grey's need for Ana Steele", however, the role would surely be too similar to his classic portrayal of killer Patrick Bateman in American Psycho. Elsewhere, Zac Efron is also being tipped for the role, given he is finally making the effort to shrug off his 'High School Musical' past. As for the role of female lead Anna Steele, Zooey Deschanel would almost certainly be in with a shout. The character is described as "terribly awkward", which would suit the 'New Girl' star down to a tee, and with a Golden Globe nomination in the bag, she is unlikely to be overlooked. An actress with stronger credentials in terms of movie credits may be Harry Potter star Emma Watson.

Speculation on the casting of the movie comes after Fifty Shades of Grey topped USA Today's Best-Selling Books list, beating The Hunger Games to No.1.