Sir Ian McKellen's Sitcom 'Vicious' May Be Refreshing, But Is It Funny?

Are British audiences ready to hark back to traditional sitcoms like 'I Love Lucy?' 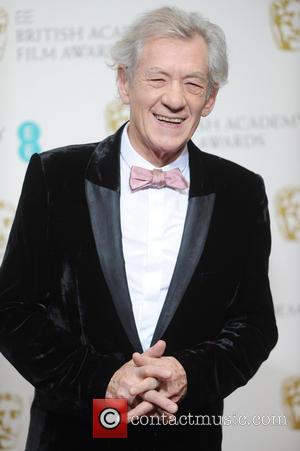 Sir Ian McKellen says his new ITV sitcom with theatre legend Sir Derek Jacobi will not be an "expose on gay life," and more of a traditional show such as The Golden Girls. Sir Ian plays one half of a gay couple in the sitcom which starts on ITV next Monday (April 29, 2013).

McKellen, one of the world's respected actors, raised eyebrows when signing up for the ITV sitcom, though the actor says he wanted to change the way in which gay characters are often portrayed in sitcoms (think, Little Britain.) "It's a fairly traditional sitcom which reminds me of The Golden Girls or I Love Lucy. It's not aiming to shock people. It won't alarm anyone. It isn't a satire or an exposé of gay life. These characters just happen to be gay. For me, it is as if TV has grown up," he told The Sun.

The TV spots in recent weeks suggest Vicious probably isn't going to be belly-laughing territory, though perhaps British audiences need to recapture their love for a traditional, inoffensive sitcom. "It's a family show that will get the broadest possible demographic. Everyone will be able to relate to the characters," sir Sir Ian.

Written by Emmy-nominated writer and producer Gary Janetti (Family Guy, Will & Grace), Vicious follows Freddie (Sir Ian) and Stuart (Jacobi) who have lived together in a London flat for almost 50 years.

Catch the show on ITV1 next Monday at 9pm. Watch a trailer below.