Sir Ian McKellen snubbed a big role alongside Tom Cruise in 'Mission: Impossible II' because he wasn't shown the whole script but says it worked out for the best as he was signed up for his iconic roles in 'X-Men' and 'The Lord of the Rings'. 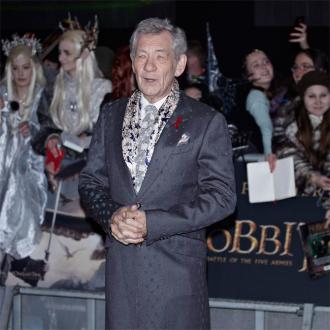 The 76-year-old actor has admitted it was a huge risk turning down a role in the franchise but says he wouldn't have got his famous parts in 'The Lord of the Rings' and 'X-Men' if he had accepted.

He told PEOPLE magazine: ''I got offered a part in 'Mission: Impossible II' with Tom Cruise, but they wouldn't let me see the whole script because I might have spilled the beans. I only got my scenes.

''Well, I couldn't judge from reading just those scenes what the script was like. So I said no. And my agent said, ''You can't say no to working with Tom Cruise!'' and I said, ''I think I will.

Meanwhile, Ian previously admitted he swiped a few of the ''precious'' props from the set of the fantasy film series.

He admitted: ''And I think my favorite set, that I didn't act in, was the golden Liar, where the dragon was hiding. Hundreds of thousands of golden coins, specially made. And if you don't tell anyone, I can tell you that I have some of those coins.

''[I also have] the front door key to Bag End, which i know Peter Jackson is looking for, but will never find.''