Sir Ian McKellen Made A Surprise Appearance On U.k. Tv On Friday (02oct15) To Force A Presenter To Take The Ice Bucket Challenge. 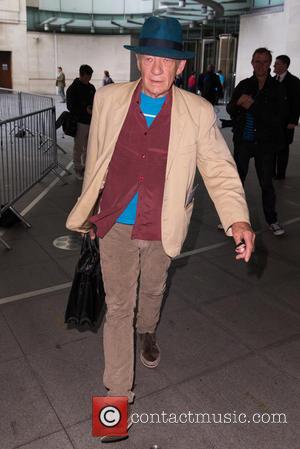 The veteran actor heard This Morning host Eamonn Holmes make a promise to douse himself in freezing water for a good cause during the Pride of Britain Awards in London on Monday (28Sep15).

So The Lord of The Rings star turned up at the studio where Eamonn works on Friday morning to make him take the challenge on-air, telling him, "Be a brave boy."

The actor then gleefully grabbed a bucket of icy water and threw it over Eamonn's head.

"That wasn't so bad was it?" he asked after the stunt.

The challenge was in aid of the IceBucket4MND drive, which is raising money for the Motor Neurone Disease Association.

The challenge raised a reported $115 million (£72 million) for good causes.