Fans of 'Lord of the Rings' and 'Harry Potter' have often debated what a fight between Gandalf and Dumbledore would look like, but it turns out it isn't as interesting as you might think. 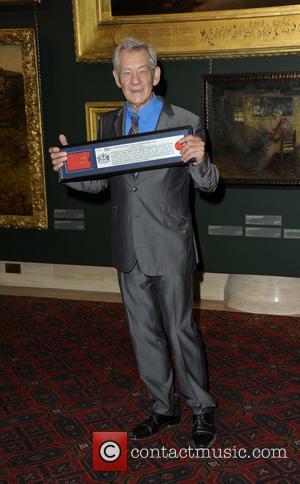 Legendary thespian and film star, Sir Ian McKellen, came under fire from the late Richard Harris several years ago when he landed the role of the wise but mischievous Gandalf in 'The Lord of the Rings' trilogy. McKellen claims that Harris was furious for not being cast in Peter Jackson's fantasy epic, and this was exacerbated by McKellen being chosen over him.

Harris reportedly exploded at the rumour that McKellen would then take the role of Dumbledore as well in 2002 when Harris' health steadily began to fail. The actor explained: "Before Richard Harris died, there was an enquiry: would I be interested in playing in Harry Potter? And I said, 'Yes, certainly'. But I've not heard anything since."

Related: Watch the Trailer for 'The Hobbit: The Battle Of The Five Armies'

McKellen finally explained: "So whether they were already sensing that Richard was ill, which I couldn't have anticipated at that point, or whether it was for another part, which is what I assumed, I don't know. But no, I was never up for Dumbledore. He said I was a 'passionless actor', and so were Derek Jacobi and Kenneth Branagh. I was very happy to be in such esteemed company! But as I say, Richard Harris was mainly a disappointed man because I had played Gandalf and he had to settle for Dumblewit. Or Dumblebore, I should say."