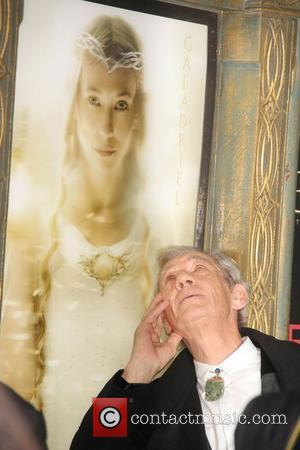 With Sir Ian McKellen becoming Gandalf again in the upcoming The Hobbit trilogy and watching him defeat the evils of Middle Earth, you wouldn't guess that the star had any health complications.

However, the Oscar-nominated actor has revealed to The Mirror that he has in fact been suffering from prostate cancer for several years but has never had any treatment because of its containment. 'I've had prostate cancer for six or seven years', he explained. 'When you have got it you monitor it and you have to be careful it doesn't spread. But if it is contained in the prostate it's no big deal.' But don't worry too much, McKellan fans. Despite refusing treatment, he insists that he is 'examined regularly' and that it is so far 'not spreading'.

On the other hand, he admits that finding out the news was scary. 'You do gulp when you hear the news', he confessed. 'It's like when you go for an HIV test. You go 'Aargh! Is this the end of the road?' And it is no wonder because, like Ian went on to say, "many, many men die from it." Other than that though he considers himself perfectly healthy and encourages all people his age to continue to exercise. 'I recommend it to anyone of my age because the temptation is not to exercise as you get older. Well you should', he said.