And The Newest Members Of Taylor Swift's Squad Are...Patrick Stewart And Ian McKellen!

The veteran actors have been putting a unique twist on some of Swifty’s finest lyrics this week.

Ian McKellen and Patrick Stewart have become the unlikely new members of Taylor Swift’s ‘squad’ after the two legendary actors impressed the singer this week by reciting some of her lyrics. After both clips of the actors went viral Star Trek actor Stewart reached out to the singer on Twitter asking if he and BFF McKellen could become the newest members of Swift’s famous squad. 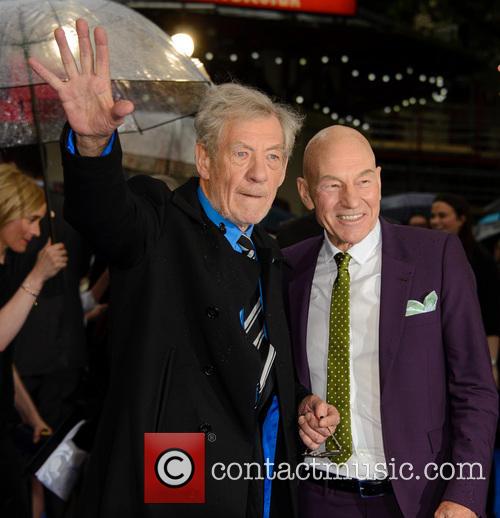 It all started when McKellen, during the promotion of his latest film Mr Holmes, was filmed by Yahoo reading some of his ‘favourite’ lyrics which included Swift's ‘Bad Blood’ and Mark Ronson and Bruno Mars' ‘Uptown Funk’.

Later in the week Stewart played a game on NPR's Ask Me Another segment where he read lyrics from Swift’s ‘Blank Space’ and fans were invited to guess what song it was. The lines 'I get drunk on jealousy / But you'll come back each time you leave / Cause darling I'm a nightmare dressed like a daydream,’ were recited by the X-Men actor for the game.

After the two clips hit on Friday Stewart reached out to the singer asking if he and McKellen could become the newest members of Swfit’s gang of friends because, why not? ‘So @IanMcKellen recited Bad Blood and I did Blank Space on @NPRAskMeAnother. May we join the squad, @taylorswift13?’ the actor tweeted.

It didn't take Swift long to reply, with the singer tweeting a collage of pics of the two actors (who have been BFFs for years) with the caption, ‘Thanks for reciting my lyrics, @IanMcKellen and @SirPatStew! You've made my day. You two are ULTIMATE Squad Goals.’

Stewart was understandably thrilled with Swift's endorsement and the 75 year old later replied, ‘OMG I DIE!!! (no really, I might. I'm old).’ As the newest members of Swift’s ‘squad’ the two actors join models Karlie Koss, Gigi Hadid and Kendall Jenner as well as singer Lorde and ‘Girls’ actress Lena Dunham.

Thanks for reciting my lyrics, @IanMcKellen and @SirPatStew! You've made my day. You two are ULTIMATE Squad Goals: pic.twitter.com/pJZY6T5Lq8