The two legendary actor star together as a gay couple in PBS sitcom ‘Vicious’.

Sir Ian McKellen and his ‘Vicious’ co-star Derek Jacobi will both be serving as grand marshals of New York City's Pride parade this Sunday, just days after the Supreme Court’s marriage equality ruling. Speaking to the Hollywood Reporter, the two legendary actors who are both gay and 76 years old, gave their thoughts in the historic ruling, ahead of Sunday’s parade. 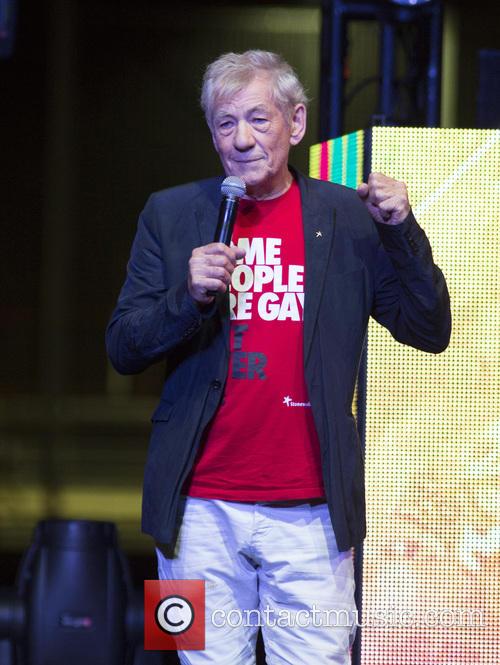 Ian McKellen will serve as a grand marshall at New York’s Pride Parade.

“I’m in a 38-year relationship with my civil partner, but I want to, someday soon, to get married. It’s such an advance, I think it’s extraordinary that we’ve come this far,” Jacobi said. “The thing about the Supreme Court is that it doesn’t lead the way; it actually confirms what’s already been happening,” McKellen added.

More: Ian McKellen Opens Up About The Heart Of 'Mr. Holmes': 'There's Hope For Us All!’

“And we’ve lived through a time in our country where it was illegal to be gay or have sex with somebody you loved, it condemned you as a criminal. The advances are huge. But you can’t have had that law in the statute books well within our lifetime and not leave behind a lot of people who think the old law was the right thing,” the Mr Holmes star continued.

“They’ve got to grow up. They’ve got to learn, and that process of telling people the truth must continue, even here, let alone in Russia and other places. It’s exciting because when you say gay people should get married if they want to, you know you’re right. There’s no argument about it.”

Speaking about Sunday’s Pride celebration McKellen added, “We’re told it may rain – don’t you rain on my parade! It’s a thrilling occasion, just to be with so many of your own kind in a celebratory way. And of course, there will be one or two people, whatever age or gender, watching the march, thinking, ‘I like this,’ and changing their lives for the better.”