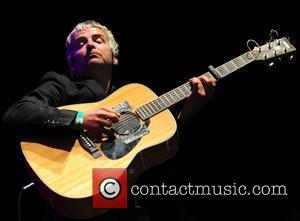 Picture: I Am Kloot The WOMAD Festival held at Charlton Park Wiltshire, England - 31.07.11

I Am Kloot frontman John Bramwell struggled to sing on the band's new album after a boat knocked out his teeth in a horrifying accident.

The singer was injured by a speed boat in France earlier this year (12) while the band was recording new album Let It All In.

Bramwell subsequently underwent extensive dental work to replace the teeth he lost in the crash, and admits he gained a lisp which can be heard on one of the band's new songs.

Speaking at a gig in London to raise money for the Movember charity movement, he tells Absolute Radio's Sarah Champion, "A few people might know I had a high speed, speed-boating accident off the South of France and there was a bit of damage to the teeth there but I've had these (new implants) done and I have had them done, kind of tar yellow... And I think they look quite realistic... They match the top ones... If you listen to the beginning of a song called Bullets which is the first song on the Lp, you can hear a kind of 'fffff'."

The track was recorded at bassist Peter Jobson's house, without Elbow stars Guy Garvey and Craig Potter, who helped work on the album, and Bramwell admits he was lucky to get away with singing with a speech impediment.

He adds, "Pete and I and (drummer) Andy (Hargreaves) recorded that, the vocal, at Pete's house and Guy and Craig weren't there and they didn't know. Because if we'd have recorded that actually with them, there is no way they would have let it by, but we always kind of tweaked it and never mentioned anything about it and we just got it through. And during the final mix, we told them then. Craig's face was a picture."