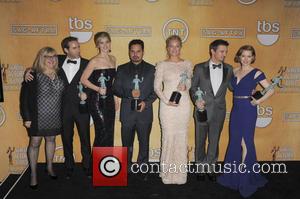 Last month (May15), the strip club chain's marketing boss David Lieberman penned a letter detailing an offer the company made for the young singer to appear in global commercials for the venues.

However, after clips of the pop star cracking vile racist jokes emerged this week (beg02Jun14), Lieberman confirmed the offer has now been pulled.

In a letter to Bieber's manager Scooter Braun, obtained by the New York Daily News, Lieberman writes, "Please do not bother to call us anymore, Mr. Braun, because we stress again our negotiations to have Mr. Bieber be our celebrity spokesperson are now, once and for all, over and done forever."

However, Bieber's team is adamant no talks were held between the two parties over the offer.

A spokesperson says, "Completely false. There were never any discussions about this, nor would there be."