Review of Ship of Light Album by Husky Rescue 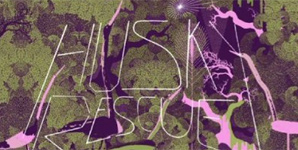 We all know the Scandinavians are no strangers to nice pop music, but it is a delight to see it being done as well as it is here by Husky Rescue. Though this is a return of sorts with their third album, a short investigation will tell you they seem to have sidestepped any form of hyperbole in their career so far. Formed in Helsinki by guitarist Marko Nyberg, since 2002 they have been quietly going about their craft. Their sound is wonderfully atmospheric, the term 'icy' has been used by some and for many reasons you can see why: songs like 'Sound of Love' and 'When Time Was On Their Side' are both beautiful and fragile, surely qualities of ice. But Ship of Light is also permeated by a subtle warmth, and there is more than one moment which recalls the hazy nostalgia of Air's Virgin Suicides score (the haunting 'Wolf Trap Motel' for starters).

The thawing of the coolness with gentle emotion makes the journey through the 10 tracks the embodiment of serenity, and it's also this balance that makes Ship of Light both evocative and ethereal. Whilst for some listeners the vocals of Reeta-Leena Korhola will be too ghost-like - she makes electro-pop Princess Annie seem like a Mariah Carey style warbler in comparison - but a stronger vocal would surely swamp such restrained delicacy. There is clearly a time and a place for a band like Husky Rescue - it's not exactly the record to put on a Friday night. But the time and place they do occupy, however quiet, has the enchanting beauty of a melting glacier.