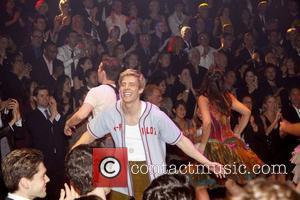 Weeds star Hunter Parrish turned to marijuana after hitting a "very dark place" at 21 when his lead role in a Broadway show came to a end.
The actor shot to fame in 2005 playing pot-dealing teen Silas Botwin in the hit TV comedy, but he confesses he didn't even try a joint until he finished a stint in the hit New York musical Spring Awakening in 2009.
Parrish tested out the drug after falling into a deep depression but, unlike his small screen alter-ego, the star didn't like getting high.
He tells the New York Post, "I have smoked. I'm not a fan. I like to be in control. It's something that makes me feel out of control.
"It was shortly after I did Spring Awakening (when I tried it). I moved home, and I was in a really weird place. A very dark place for about a year. It was post-Spring Awakening, which was an amazing experience for me but a very heavy one.
"That was my dream since I was six years old, to be on Broadway. To have that experience at 21, and then suddenly you have everything you thought you wanted, then what do you do? It was a spiritual journey for me... I let myself go a little bit, but in that I grew up. So I don't regret anything." 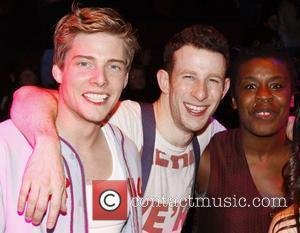