The WWE Network has launched, but how will you spend your first month with it

You might have spent your day so far trying to order the WWE Network, you might be already enjoying it, you might be pondering if it’s a good investment or you may be very very annoyed that you’re not an American right now. Either way the WWE have just launched their most ambitious project to date, a Netflix’s of wrestling if you will. It’s going to be hard to chose what to watch first, but here’s an idea of how to spend your first month on the WWE Network. 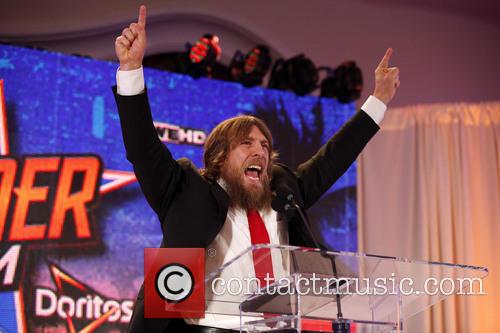 Yes, yes yes! All the Daniel Bryan you can handle is on the WWE Network

Brush up on your history

For some the draw of the network is that all future pay per-views are included, but for many fans the network’s best feature is that it gives you access to the WWE’s vast library. This mammoth list includes not just the WWE’s archives but also WCW and ECW. That means you can go from watching Hulk Hogan in his red and yellow glory take on Randy Savage at Wrestlemania V to Ric Flair battling Harley Race at Starrcade 1983. You can also relive when the NWO ruled WCW or when Stone Cold Steve Austin was riding high in the Attitude era. If you fancy things a little more hardcore all the ECW pay per views are also available, starting with 1997’s Barely Legal.

Take in some original programming

There’s also plenty of original programming taking place on the network. Some of these are interactive, some are panel shows and some will offer us a more personal look at WWE Superstars past and present. There’ll be ‘WWE Countdown’, an interactive show were fans can help rank a variety of lists such as ’Top 10 Catchphrases’. Or what about ‘Legends House’ where past superstars try to live together in a house, this one includes Rowdy Roddy Piper and Hacksaw Jim Duggan, so expect it to be a bit explosive. There’s also panel shows like Wrestlemania Rewind, looking back at the great moments in Wretlemania’s history.

Discover the next generation

Since 2010, WWE has been showcasing its next generation of superstars through its NXT programme which was available on Hulu. Now NXT’s weekly show will be available to all Network subscribers. There’s a really great crop of stars coming up through next so keep your eyes out for some future greats, remember a lot of the great new stars such a Roman Reigns and the Wyatt family started here. There’ll also be new programmes to show off the young talent including ‘This is NXT’ which will go behind the scenes with the stars of the show and ‘NXT’ arrival which will be the first live event to air on the network when it is shown on Thursday. NXT will also have its own 30 minute pre show.

Keep track of all the latest shows and pay per views

Of course you’ll want to want to watch Wrestlemania 30, which will be the first live pay-per-view event to be shown on the network. As we know Hulk Hogan will be hosting the event on April 6th. Whilst the full card hasn't been confirmed yet (we're really hoping Batista vs Orton gets a makeover, despite no luck last night), hopefully with the network launch and the fact this is the 30th anniversary it means they’ll be pulling out the stops even more than usual.

Right now (if you’re in the US) you can sign up to a one week free trial, after that it will be $9.95 a month, will an initial six month commitment required. s Stephanie McMahon confirmed earlier today that fans in the UK, Canada, Australia, New Zealand, Singapore, Hong Kong and Nordic regions getting the network from the end of this year or the beginning of 2015.