Wrestling Icon Hulk Hogan Is Continuing To Plead With Fans For Their Forgiveness After He Was Caught On Tape Using A Racial Slur, Insisting The Controversial Comments Were Made At The "Lowest Point" Of His Life. 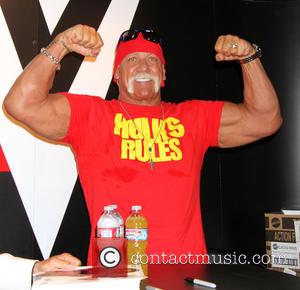 Hogan, real name Terry Bollea, was fired by bosses at World Wrestling Entertainment (WWE) in July (15) after the eight-year-old audio tape, in which he was heard using the 'N' word to refer to his daughter Brooke's then-boyfriend, was made public.

Bollea immediately apologised for his former actions, declaring his language "unacceptable" and insisting there is "no excuse for it", but WWE chiefs refused to let him off the hook and reinstate him into the organisation's Hall of Fame.

The sportsman reveals seeing his legacy wiped from the WWE Hall of Fame was heartbreaking, because he claims he is not the racist he has been made out to be, and admits his remarks were made in the heat of the moment at a very fragile time in his life.

During an interview on U.S. breakfast show Good Morning America, he explained, "Out of everything that I've been through, this one (scandal) hit me probably the hardest.

"I was at the lowest point of my life (when the comments were made), to the point where I wanna kill myself (sic). I was (suicidal)... and I was really mad at my daughter, for really no reason. I was upset over a situation that happened between her and her (then) boyfriend and I had no idea I was being taped... I'm not a racist. I never should have said what I said."

Bollea, who blames his "really rough" upbringing in south Tampa, Florida for his use of the racial slur, goes on to credit his daughter with showing him "more love than anybody" in the wake of the scandal, and, growing emotional, he pleads with fans to give him a second chance.

He added, "Please forgive me. I'm a nice guy... I'm Terry Bollea; I'm just a normal man... Everything I've done, my whole career, my whole life, was like it never happened (when he was wiped from the WWE Hall of Fame)... It's like I never existed. It's devastating."

The tape's release emerged ahead of a legal case brought by Hogan against bosses at media company Gawker, who have allegedly uncovered further audio footage of Hogan using the derogatory slur several times. He is currently suing the publication for allegedly releasing a sex tape of his without permission.