Hulk Hogan wants his son Nick to star in movie about his life and claims it is already in the works. 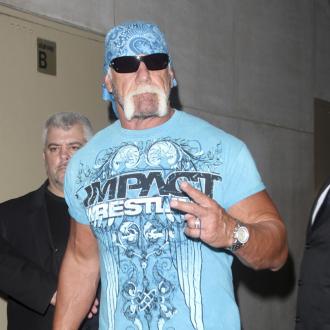 Hulk Hogan is working on a movie about his life.

The 59-year-old wrestling legend, who is married to Jennifer McDaniel, 37, claims he is developing a biopic about himself and thinks his son Nick, 22, would be the perfect person to play him on the big screen.

He told gossip website TMZ.com: ''It's being worked on right now, brotha (Sic).''

Asked if he thought his son might be suitable for the leading role, he added: ''He'd be perfect.''

Earlier this year, Hulk tried to have his sex tape deleted from the internet.

The peroxide blonde star attempted to have all copies of the illicit footage - which features him engaging in sexual activities with Heather Clem, the ex-wife of his friend and radio personality Bubba the Love Sponge - removed from various websites by threatening legal action.

Hulk - whose real name is Terry Bollea - obtained a restraining order in May against website Gawker.com, the first website to post a one-minute clip of leaked footage last year, resulting in the company agreeing to remove it.

Hulk's X-rated liaison with Heather is thought to have taken place six to seven years ago, but only surfaced last year.

He currently has a $100 million lawsuit against Gawker pending trial over its publication of the footage and has also filed a lawsuit against his sex tape partner for allegedly leaking it.