Hulk Hogan will launch a new reality TV series focusing on the lives of a group of micro wrestlers this Wednesday (14.09.11). 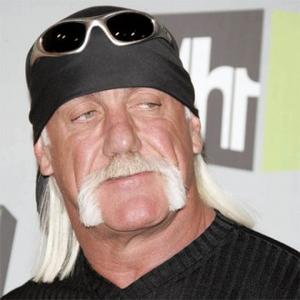 The wrestling legend - real name Terry Bollea - will premiere the series which focuses on the lives of a group of midget competitors based in Florida as he helps them try to match the successes of their larger counterparts, on US network TruTV on Wednesday (14.09.11).

Hulk - who currently competes in TNA Wrestling and is an inductee in the WWE Hall of Fame - tweeted: "This Wednesday the 14th on True TV Hulk hogans Micro Championship Wrestling at 10pm. HH (sic)"

Explaining the concept of the show, he said: "I spent 20 years around (7-foot, 4-inch) Andre the Giant and he couldn't sit in a first class seat [on an airplane]. People would walk behind him in the airport and you'd hear comments. They'd say cruel things.

"[But] in these guys' cases, you might see one go into a hotel lobby front desk and the clerk can't see them. I'm trying to get them to function on a higher level. How to handle themselves in The Ring, being more professional and, basically, reinventing yourself. We get to see how they handle normal-sized doors and cars, as well as watching them deal with their wives or helping their kids doing their homework."