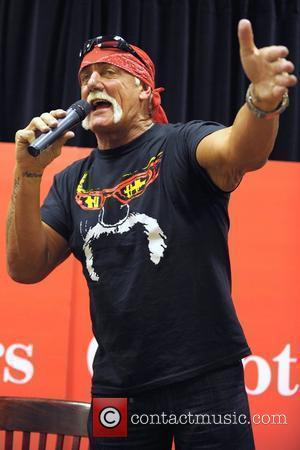 Wrestling icon Hulk Hogan is taking legal action against his insurance company after accusing staff of failing to properly advise him about his policy needs prior to his son's near-fatal car crash.
The grappler's teenage son Nick Bollea served time in prison in 2008 after pleading no contest to reckless driving for his part in a high-speed collision in Clearwater, Florida in 2007, which left passenger John Graziano with permanent brain damage.
Hogan's car insurance firm, Wells Fargo Southeast, paid out $250,000 (£156,250) to the Graziano family as a result of the crash - but the sportsman was left to pick up the bill after he was sued by the victim's relatives for negligence.
Graziano's family filed a civil lawsuit against Nick, his dad Hogan - real name Terry Bollea - his mother Linda Bollea and friend Daniel Jacob in March 2009, alleging they were negligent in their actions, which led to Graziano's injuries.
The legal dispute was settled in February (10), but the cost of the suit to Hogan remained private.
Now the wrestler is blaming Wells Fargo bosses for not alerting him to take up a more expensive insurance policy to cover teenagers driving his vehicles, as they pose a greater financial risk, reports TMZ.com.
Hogan claims the $250,000 limit on his policy put his $30 million (£18.75 million) personal fortune at risk to settle the case.
He is suing Wells Fargo Southeast for unspecified damages.