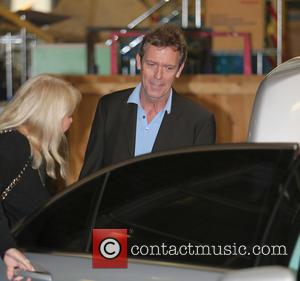 British star Hugh Laurie has been honoured with the Best Actor prize at the New Zealand Film Awards for his role in Mr. Pip.

The House star won the award for his portrayal of a teacher who remains on the Pacific island of Bougainville to distract schoolchildren from the island's civil war by reading them Charles DICkens' Great Expectations.

Laurie's young co-star Xzannjah won Best Actress for her role in the film as a schoolgirl who finds a connection with the fictional character Mr. Pip.

Mr. Pip, which was adapted from the awarding-winning book by New Zealand author Lloyd Jones, was released in New Zealand in October (13) but is yet to hit cinemas in other parts of the world.