Hugh Laurie Is Headbanging His Way Across America 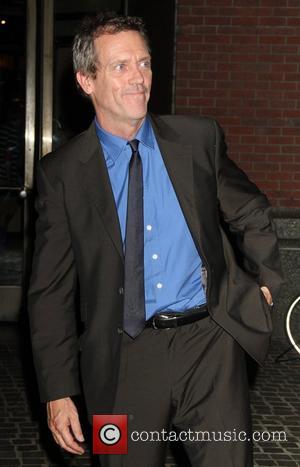 Touring has become a real headache for actor-turned-jazz star Hugh Laurie because he can't get used to his home from home on wheels.
The clumsy former House star keeps banging his head on the ceiling of his tourbus as he continues to promote his hit breakthrough album Let Them Talk - and he has plenty of bumps and bruises to prove it.
He tells WENN, "I'm touring with my band in 67 cities, I believe. I've been living on a bus for four months. The ceiling is so low on the bus that I have so many concussions. I can't get my head up without hitting it."