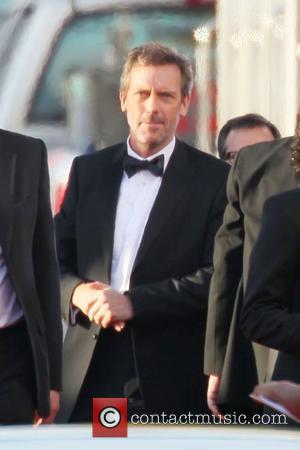 Hugh Laurie has credited his therapist with helping him adjust to his huge Hollywood success, as his sessions on the couch have provided him with "great relief".
The British star, who has a history of depression, turned to a counsellor after moving to Los Angeles to star in House, leaving his wife and three children back at the family home in London.
Laurie admits therapy helped him cope with his career pressure, and reveals he still sees his doctor regularly.
He tells Britain's The Times Magazine, "I'd some very dark times when I first arrived here. I was taking on this pretty overwhelming thing and it could all get a bit much. I felt the strain.
"So it was good to spend time with someone who wasn't going to 'Tweet' my stuff all over the place. It is still good. Good too for that person not to be a friend, so that I don't have to feel guilty about boring them. You don't have to entertain a shrink. You're paying for the responsibility to entertain to be lifted, and that's a great relief to me."