British actor Hugh Laurie has received the prestigious honour of having a star on the Hollywood Walk of Fame.

A primarily comedy-based actor for many years on British television in the 1980s and 1990s, 57 year old Laurie re-invented himself in the America with his role as the sardonic Dr. Gregory House in Fox’s medical drama ‘House’, which ran from 2004 to 2012 and earned him two Golden Globe wins and six Emmy nominations. 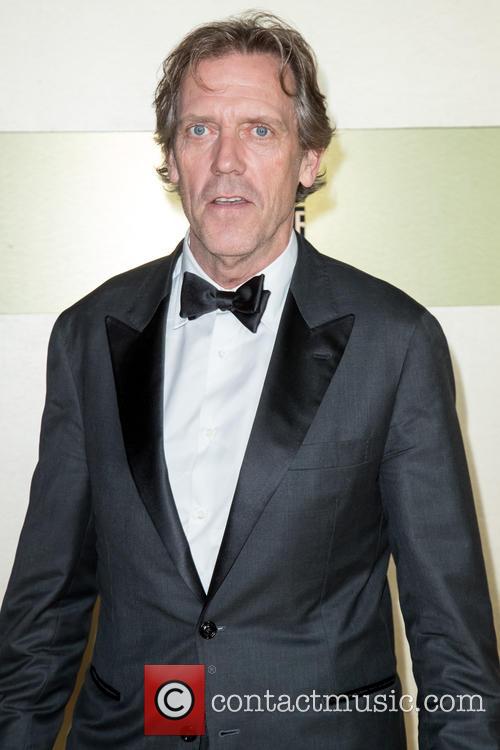 “It isn’t a fair world, and my confession is that I’m 57 now and I’ve lived a life of extraordinary good fortune from start to finish, so much so that almost every day I’m anticipating the piano falling on my head to redress the balance,” Laurie told the crowd as he accepted his honour on Tuesday (October 25th).

“I've been incredibly lucky. I'm going to bask in this extraordinary honour and my extraordinary good luck and I'll set to work first thing tomorrow on the global unfairness problem.”

While there, he praised the United States for the opportunities it had given him, as well as inventing several things he enjoys, including martinis, which he described as “a sonnet in a glass”.

“The rest of the world craves and covets and consumes these things largely because they’ve seen them in entertainment… I enjoy pizza because Louis C.K. eats pizza at the beginning of every show, every week,” he said. “I love martinis partly because Frank Sinatra drank martinis. I don’t wear jeans partly because I saw Mitt Romney wearing jeans once.”

Having attended Cambridge University, Laurie pursued a stage and TV career in Britain, with credits for production and writing as well as in the spotlight. He is also a novelist and some-time jazz musician.

Laurie’s long-time collaborator and friend, Stephen Fry, paid tribute and dispensed light-hearted insults to him outside the Pig ‘n’ Whistle British pub on Hollywood Boulevard, describing him as “repulsively handsome” and “preposterously talented” in multiple fields. “He’s slightly knock-kneed and his nipples are too far apart, but he’s otherwise almost perfect,” he said.

More: Tom Hiddleston rules out another series of ‘The Night Manager’