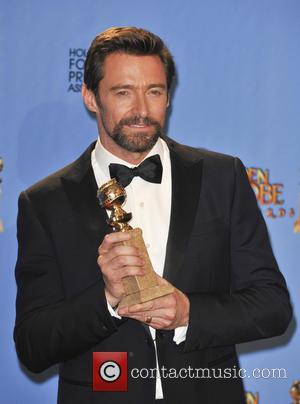 We’re still in a period of calm for the music industry, as far as album releases go. What this does mean for those that do release albums at the start of the year, however, is that they tend to get more attention than they may otherwise do.

Of course, with last night’s Golden Globes success, the Hollywood version of Les Miserables is hardly sat quietly in the corner begging for attention. Having taken home the Best Motion Picture – Comedy Or Musical award, as well as Best Actor for Hugh Jackman, all eyes are on the musical which has been widely tipped for an Oscar and no doubt that will translate to album sales in the UK as it has done in the US, too.

Everything Everything are making a determined bid for success with their second album. Their debut, released in 2010, was noted for its upbeat quirkiness. This time round, with Arc, they’ve added some texture to the mix; brooding melodies and a slower pace intermingle with the ingredients of their previous material. In terms of alternative pop rock, their main competition may come from fellow Manchester dwellers Dutch Uncles, though Everything Everything have a far more solid base in terms of mainstream airplay and publicity.

The Lost Sirens is the ninth studio album from New Order and features tracks that were recorded during the studio sessions for their 2005 release Waiting For the Siren’s Call. Following last year’s reunion, the band have decided to give these extra tracks the light of day. Originally, they were intended for release back in 2007 but as the band split, they never got ushered into the wider world. Even now, the release has been long-delayed, owing to legal issues with their former bass player Peter Hook.

Conor O’Brien (aka Villagers) returns with another release on Domino, entitled Awayland. Like the first, it has been acclaimed by the press, with The Independent writing that he “excels in imparting a feeling of intimacy and an eye for detail,” in his softly-delivered acoustic songs. His track ‘Becoming A Jackal’ became something of a minor hit in indie-land when it was released in 2010 and at first glance, it seems that Awayland could well produce more of the same.

Watch the video for The Waves, by Villagers