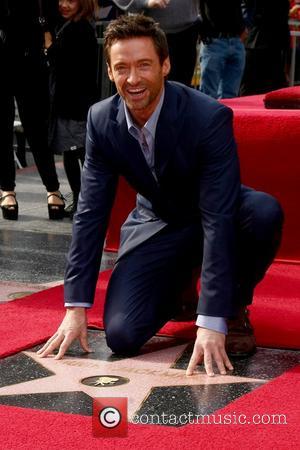 Picture: Hugh Jackman is honoured with a Hollywood Star on the Hollywood Walk of Fame Los Angeles, California- 13.12.12

Les Miserables has become the favourite to win Best Picture at the Oscars after being nominated for four prizes at the Golden Globes - a key barometer for the Academy Awards. Lead stars Hugh Jackman and Anne Hathaway received acting nods, Claude-Michel Schonberg and Alain Boublil are shortlisted for their song 'Suddenly', while the movie itself is shortlisted for Best Motion Picture (Comedy and Musical).

Largely shot at Pinewood studios, Tom Hooper's Les Miserables cost around £38 million and featured the actors singing every song live on set. Speaking to the BBC after the Golden Globe nominations were announced, The Kings Speech director said, "I'm just pleased for the whole team who made Les Miserables. Making a musical is an intensively collaborative type of film-making, because it requires such an army of people. An army who aren't there on a conventional movie. The singing teachers who helped the cast, through to the onset pianists who played in the live duets with the singers." Though musicals and comedies are often ignored by the Academy, Les Miserables has been installed as the 9/4 favourite to snatch the Best Picture Oscar away from the hands of Ben Affleck and Steven Spielberg in February. Hugh Jackman is now the third favourite to win Best Actor, though it would a huge shock should Daniel Day-Lewis not win the award for his turn as Abraham Lincoln. Anne Hathaway is favoured for an Oscar nomination, though the bookmakers still firmly believe Jennifer Lawrence will win Best Actress for Silver Linings Playbook.

Les Miserables hits theaters in the U.S on Christmas Day, with a UK release following on January 11, 2013.