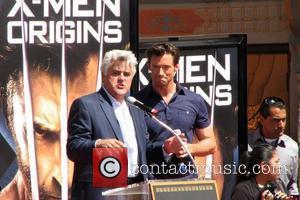 Australian actor Hugh Jackman contemplated walking away from the X-Men franchise after the third movie - because he feared his character Wolverine had gone too "soft".
Jackman reprises his role as the superhero in X-Men Origins: Wolverine, the fourth movie of the cult series.
But the film almost didn't happen, because after Jackman had completed 2006's X-Men: The Last Stand he considered stepping down from the role amid concerns over his character's development.
He says, "One thing I never felt we got with Wolverine that I really wanted to get is that berserker rage which is talked about in the comic books.
"It felt like Wolverine had got a little soft by X-Men 3 and I wanted to take it back to that bad a** quality. He's tough, he's gruff, he's not politically correct - he doesn't say the right things.
"There has to be complexity to this character. He's very tough but there's a lot of pain, history to his life that you find out about. It's not pretty. He's a flawed character. That's what I like about it, that's why I'm doing it for the fourth time or else I wouldn't."