Jackman Bulking Up For Wolverine With 6,000 Calorie Diet 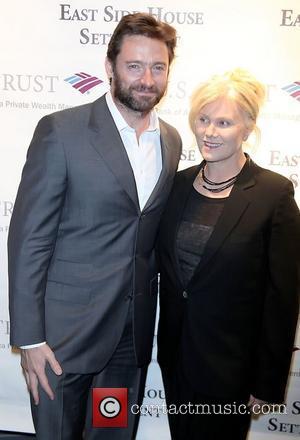 Hugh Jackman is guzzling down over 6,000 calories a day in a bid to bulk up to play X-Men mutant Wolverine again.
Black Swan director Darren Aronofsky has called on the Aussie to look big for his new movie - and Jackman admits his new diet is "rough".
He tells the Los Angeles Times, "I don’t know how much I want to give away about it, but Darren said with the last one (film), 'Hey, you looked great, but you're so tall that in those long shots you looked kind of like Clint Eastwood, and that’s not Wolverine...' (I have to be) powerful, stocky... short and thick."
And Jackman insists he'll look a bit like boxer Mike Tyson when he steps in front of the cameras: "I always think of Mike Tyson when he first came on the scene. Sometimes, he was a full foot shorter than his opponents... (but) there’s real power. You said bulldog, and that’s it exactly. Exactly. That’s what I’m going for."