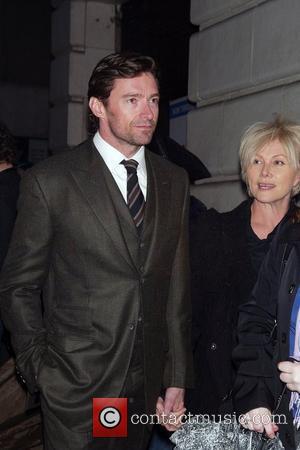 Australian actor Hugh Jackman has been forced to uncover the secret team behind his online blogging - after an employee made an embarrassing error on his Twitter.com page.
The X-Men star has garnered thousands of fans on the social networking site, who are all following his regular online posts.
But Jackman's Twitter blogging came under scrutiny in his native country this week (beg06Apr09) after he mistakenly referred to Sydney's famous Opera House as the 'Opera Centre.'
The star was subsequently forced to admit that he hadn't been updating the page himself - relying on a staff member in America to do his blogging for him.
He says, "I communicated it over the phone and when that got translated by someone American in my office it came out all wrong.
"I do know the Opera House is called the Opera House - I think I had my high school leaving assembly at the Opera House when I was 18 so I should know that one."
Jackman is not the first star to be caught using an online marketing team to manage their internet accounts - both 50 Cent and Britney Spears rely on staff members to help with their web exploits.