Hugh Jackman Was A Wild Child After Parents' Split

Hugh Jackman Was A Teenage Wolverine Growing Up In His Native Australia Because His Parents' Split And Near Reconciliation Left Him With Rage Issues. 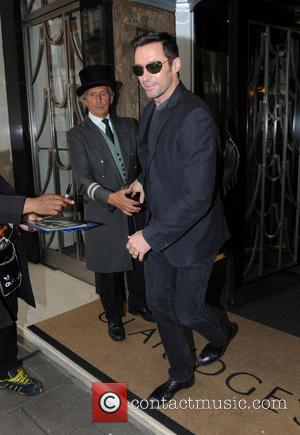 The actor have revealed he was a menace at school - and often a danger to others on the rugby field as he acted out his emotions.

He tells the new issue of Parade magazine, "I was volatile. My mum left when I was eight. My anger didn't really surface until I was 12 or 13. It was triggered because my parents were going to get reconciled and didn't...

"There was this perfect storm of hormones and emotion. I've never said this before but we had metal (school) lockers and, half in fun, we used to head-butt the lockers until there was a dent in them...

"Playing rugby, my rage would come out, rage that I identify as 'Wolverine rage'. I'd be somewhere in a ruck in rugby, get punched in the face and I'd just go into a white rage."

"From the moment mum left, I was a fearful kid who felt powerless...," he adds. "I was the youngest. I used to be the first one home and I was frightened to go inside. I couldn't go into the house on my own. I'd wait outside, scared, frustrated. Growing up I was scared of the dark. I was scared of heights. It limited me.

"I hated it, and that contributed to my anger. Isn't most anger fear-based, ultimately? It emanates from some kind of powerlessness. I was really feeling that."

Bordering on becoming a deeply troubled teen, the Les Miserables turned to God for help.

"I used to go to different evangelists' revival tents all the time," Jackman recalls. "When I was about 13, I had a weird premonition that I was going to be onstage, like the preachers I saw."

And it's faith that still drives him now he's one of Hollywood's biggest stars: "Before I go onstage every night, I pause and dedicate the performance to God, in the sense of, 'Allow me to surrender'. When you allow yourself to surrender to the story, to the character, to the night, to the audience, transcendence happens. And when that happens, there is nothing like it on the planet.

"It's the moment people experience when they fall in love, which is equally frightening and exciting. That's what it feels like."