Hugh Jackman reminds the public to wear sun screen, "Please don't be foolish like me", after he was diagnosed with skin cancer. 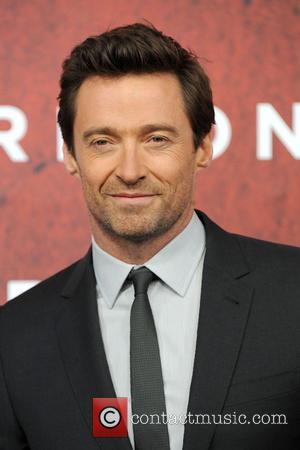 Australian actor Hugh Jackman isn't as invincible as the character's he portrays.

The 45 year-old posted a photo to his 260,000 Instagram followers revealing that he underwent treatment for skin cancer.

"Deb [his wife] said to get the mark on my nose checked. Boy, was she right! I had a [basal] cell carcinoma," he posted on Thursday (Nov 21st).

"Please don't be foolish like me. Get yourself checked. And USE sunscreen!!!"

Reps for the 'Les Miserables' actor haven't released anymore details on the diagnosis but in recent photos there is a clear mark on the bridge of is nose which is more than likely to be the cancerous cell.

Reality star Bruce Jenner told E!News, "It's all sun damage from the '60s and '50s when I was competitively water-skiing and living on a lake and all my training outside, Nobody wears sunblock back then. I first had one here," he pointed to his cheek, "just a little red spot. It's a basal-cell carcinoma, which is a-basically it is a skin cancer, because it doesn't heal."

Hopefully Jackman will make a full recovery to continue with his upcoming 'X-Men' projects, as he reprises the role as 'Wolverine' in the sequel 'X-Men: Days of Future Past'.

The role sees 'Logan' travel back to the swinging 60s in order to save the mutants of the future from imminent destruction, it is currently in post-production and is set for release on May 23rd 2014. Jackman revealed he had a skin cancer cell removed