Hugh Jackman says he experienced the biggest ''feeling of ensemble'' with his 'Les Miserables' co-stars, more so than on any other movie he's starred in. 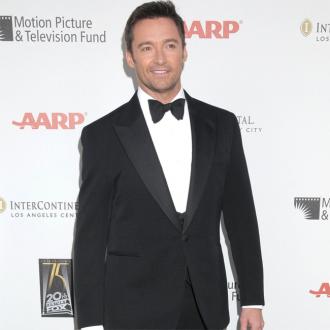 Hugh Jackman bonded with his 'Les Miserables' co-stars more than on any other movie he's done.

The 'Wolverine' actor - who plays Jean Valjean in the film adaptation of the musical - insists he had the biggest ''feeling of ensemble'' he's every experienced while shooting a motion picture, partly because the cast were entering the ''unknown'' by filming a musical movie.

He said: ''I don't think I've ever been a part of a movie where it had such a feeling of ensemble. We really bonded as a group, I think partly because of the nature of the material, partly because we had nine weeks of rehearsal - which very few movie companies or directors will allow access to have. And I think also, we were all not only fans of the musical, but we were also aware we were doing something that's never been done before.

''It's a little nerve-wracking, it's partly an unknown - but there's nothing like that to bring everyone together.''

Hugh featured alongside a star-studded cast including Anne Hathaway, Russell Crowe, Sacha Baron Cohen and Helena Bonham Carter in 'Les Miserables', and he counts himself as ''incredibly lucky'' to have starred in the film.

When asked if there was a particular day of filming which stood out to him, he added to FlicksandBits.com: ''The very last scene of the movie. It was shot right near the end. I was standing with Anne Hathaway, who's a great friend of mine, and I was watching her because she was losing a lot of weight at the time for the particular part in the movie.

''And I just looked out ... there was the barricades, 300 extras, and this massive big field where we were singing the ending. It just struck me how incredibly lucky we all were to be in a musical, because they don't happen very often.

''And also incredibly lucky to be singing live, because that happens even less often on a film. Just thinking about how close we all had become. And the music ... it was hair on the back of the neck time!''