Hugh Jackman has hinted that a third 'Wolverine' movie will be his last as the comic book character after posting a cryptic message in his Instagram account. 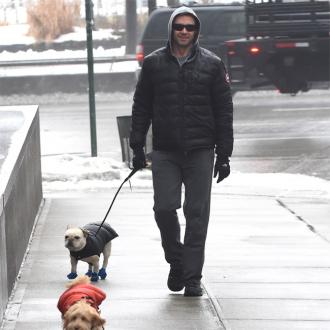 Hugh Jackman has hinted that a third 'Wolverine' movie will be his last.

The 46-year-old actor took to his Instagram account to share a photograph of his hands featuring the comic book character's metal claws which he captioned: ''WOLVERINE ...ONE LAST TIME. HJ''

The news he is to quit playing Wolverine follows reports that Jackman - who also portrays the character in the 'X-Men' franchise - and director James Mangold were in talks to produce a third solo movie focussing on the superhero set for a 2017 release.

The star - who has played the Marvel character since 2000 - also recently refused to reveal whether he had taken on a part in 'X-Men: Apocalypse' which is due to start filming this year but admitted he had been in discussions to appear in the movie.

He said: ''There's still a lot unknown about that, actually.

''I have been speaking to the guys and I'm not at liberty to say exactly what's going on, [but] there are some very exciting things about integrating the whole X-Men world, including the Wolverine movie.

''There are some really cool things going on.''

Jackman has starred in the franchise alongside James McAvoy, Michael Fassbender and Jennifer Lawrence and previously confessed he would never take the role ''for granted''.

He explained: ''I love the character, I love the series, I would never take it for granted or do it for the hell of it.''