Australian actor Hugh Jackman has revealed he is planning a series of ''fun'' Sunday night concerts in London this spring. 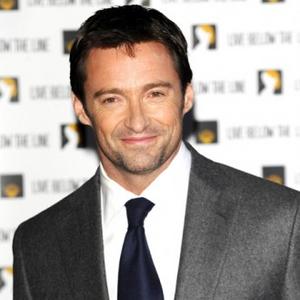 Hugh Jackman is planning to sing at a series of concerts in London later this year - and he wants Robbie Williams to join him.

The Australian actor is set to put on the "fun" gigs when he takes a break from starring in the film version of musical 'Les Miserables' - which sees him play the central character of former convict Jean Valjean - and he has been taking inspiration from late American swing singer Frank Sinatra's Los Angeles performances.

And Hugh is hoping the Take That singer - who previously released 'Swing When You're Winning', which was comprised of tracks which are part of the Great American Songbook - will duet with him on stage.

He told the Daily Mail newspaper: "I loved that anything can happen, relaxed feel about Frank Sinatra - and viewing Peter Allen's tapes also taught me a lot. We're planning to do some Sunday night concerts when I'm in London in the spring.

"We're looking for the right space, and the idea is to do the shows when I've got time off from 'Les Miserables'. I just want them to be fun. I feel like I should have a whisky in my hand, like Dean Martin, and then get Robbie Williams to come on and join me."

The 42-year-old actor - who is set to start shooting new movie 'The Wolverine' in October - recently performed his 'In Concert' show at the Princess Of Wales Theatre in Toronto, which saw him sing classical tunes from musicals 'Oklahoma!', 'Carousel', 'Dreamgirls' and the Peter Allen catalogue.

He said: "I wanted to create a show where I can't wait to do it."