The Wolverine actor once starred as Gaston in a stage production of ‘Beauty And The Beast’.

Hugh Jackman faced off with Luke Evans in an epic sing-off on ‘The Jonathan Ross Show’, Saturday evening, when both actors sang Gaston’s theme from Beauty and the Beast. Swilling from beer tankards, the pair belted out the tune, with help from fellow guests Taron Egerton and Shazia Mirza. 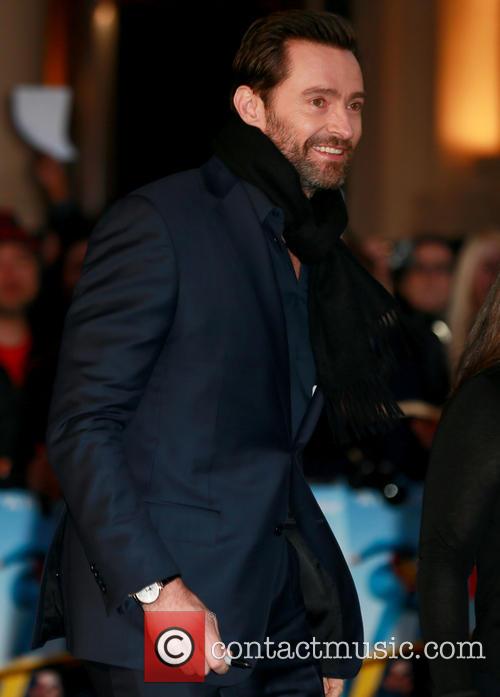 Hugh Jackman had an epic Gaston sing-off on ‘The Jonathan Ross Show’.

Jackman played the role of the Beauty and the Beast villain early on in his career on stage in Melbourne, while Evans will take on the role for the upcoming live action remake which also stars Emma Watson.

Viewers loved the two actors showing off their pipes and took to twitter to share their reactions. ‘The Gaston-off was amazing. Hugh Jackman, Luke Evans and Taron Egerton have great voices,’ wrote one viewer.

‘Luke Evans & Hugh Jackman singing as Gaston on Jonathon Ross I'm gonna sleep well tonight,’ added another. One twitter user also suggested the pair should star in a remake of Guys and Dolls together.

During his appearance on Ross’ sofa, Jackman also revealed that the next Wolverine film will be his last. “One more. That’s the last one… It’s been 17 years, I can’t believe it’s been,” he said.

"It’s amazing. With cameos it’s already eight [films], it feels like a lot and I’ve loved it and I’m so excited about this last one I can’t in my head think of anything else to do with the character but I know someone else will take over the role.”

When asked what he’d do in the future Jackman joked: “It’s been every two or three years for 17 years so I’ll be calling you up and you up for jobs and [to the audience] probably some people here for jobs, I’ll do anything, pretty much but this is it.”

But there’s one thing Jackman wont miss about the role, the intense physical training he goes through to get into character. “I’m not addicted,” Jackman said. “I actually do like the feeling of being strong and I’m training way harder than I would if I wasn’t in one of these movies but it’s painful, it actually hurts.”

"People say, ‘You get addicted to it.’ I’m not addicted to it, I’ll be quite looking forward to having a few beers, some burgers and hanging out,” the actor added.